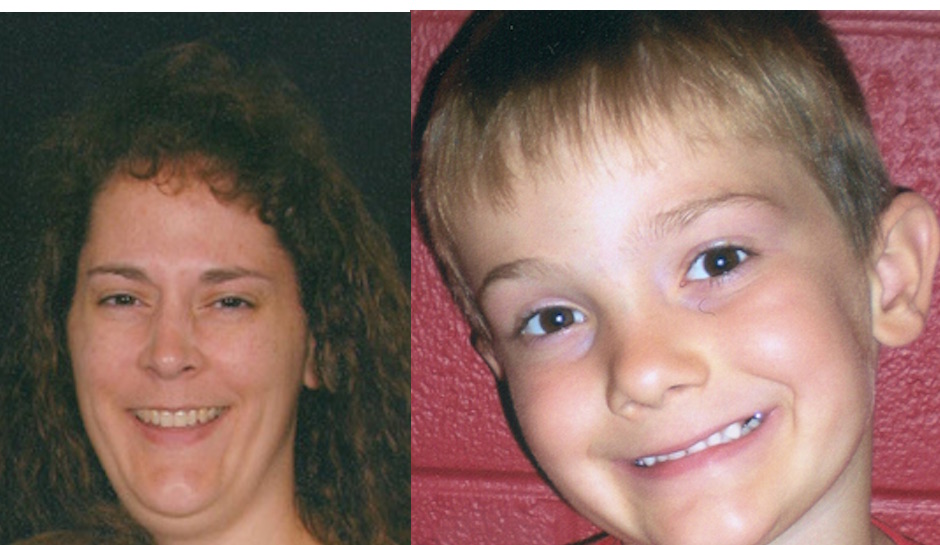 In 2011, Timmothy Pitzen, a 5-year-old boy from Aurora, Illinois, went on a three-day road trip with his mother, Amy Pitzen. He was never seen again.

Timmothy, a typical happy-go-lucky kid, hopped out of his father’s jeep on May 12, 2011, grabbed his Spider-Man backpack, waved goodbye to his dad, Jim Pitzen, and darted off towards his Kindergarten class at Greenman Elementary School. Jim had no idea it would be the last time he’d see his son. He still remembers watching Timmothy happily run to his teacher, ready for another day of school.

Less than 30 minutes after he settled into class, Amy, 43, called the school and citing a family emergency, and pulled Timmothy out of class.

Three days later, police found Amy in a hotel room, dead from self-inflicted cuts and slashes on her wrists and neck. A toxicology report later revealed she’d taken a deadly dose of antihistamines. Little Timmothy wasn’t there. The only evidence left of Timmothy’s disappearance was a suicide note from Amy, stating that her son was safe and with people who would care for him. At the end of the note, she wrote, “You will never find him.”

A Father Never Gives Up

Jim continues to search for his son. Although he’s went five years without seeing his son’s face,he vows to keep searching until he gets answers. In 2015, Jim appeared on the The Hunt With John Walsh, and recalled how he saw his son running to school. It’s an image he can’t forget.

“I have one image. It’s the day I dropped him off at school and he’s off — running off to class — and that’s pretty much the last image I have in my mind of him,” Jim said.

He also touched on Amy’s issues that led up her death. Jim dated Amy via a long distance/online relationship for close to a year. She admitted relatively early into the relationship that she battled depression. Yet, Jim felt the relationship had potential and thought being with Amy would help bring her out of her dark moods. Even after she was taken to an Iowa hospital for overdosing, he said he stood by her side.

“She had taken some pills, I guess, and [had been] sitting on the edge of the cliff, and supposedly passed out and fell off the cliff.”

Once Amy became pregnant, the couple married, and Timmothy, a healthy baby boy, was born on October 18, 2004. It was an idyllic setting at first. Jim and Amy spent the majority of their time doting on their new baby. Amy felt her baby boy was special, and to differentiate him, she added the extra “m” to his name. But it wasn’t long after the baby’s birth that problems between Jim and Amy started. From money issues to Amy’s battles with depression, they began arguing frequently, with Amy often threatening divorce.

Amy thought a judge would take her son from her due to mental health issues. The couple never divorced, and it’s been speculated that it was the fear of losing her son that kept her in the marriage.

On May 12, Amy took Timmothy to the Kalahari Resort, a waterpark resort chain in Wisconsin Dells, Wisconsin. At around 10:00 a.m. the following morning, surveillance footage showed mom in son waiting in line together. Both seemed content.

Later on that evening, Amy placed a series of calls to family and friends. She informed her loved ones that Timmothy was safe and happy, even handing the phone to the boy so he could talk with a few of his family members. Timmothy sounded as if he was having a wonderful time with his mother, although at point, he complained that he was hungry.

The following day at around 7:25 p.m., surveillance footage at the Family Dollar store in Winnebago, Illinois, captured Amy buying stationary. She was alone. She stopped by Sullivan’s Foods afterwards, and then checked into the Rockford Inn a little after 11:00 p.m. Employees found her lifeless the following day, at around noon.

Authorities noted that Timmothy’s Spider-Man backpack, toys, and clothes were missing. The clothes Amy wore when she checked into the hotel were also missing. While checking her SUV, a blue, 2004 Ford Expedition, detectives noticed it was extremely dirty, with weeds and dirt caked on the undercarriage.

Forensic professionals indicated that the vehicle had been on a gravel road at some point, and authorities surmised by the evidence on the vehicle, that Amy likely drove in a meadow area, possibly in Northwestern Illinois or Lee and Whiteside Counties. Her cellphone was later found on the side of a road, off of Route 78.

According to the National Center for Missing & Exploited Children (NCMEC), an Illinois-based forensics lab compiled a list that detailed the exact materials found on Amy’s vehicle. After reviewing the list, investigators think that:

Given Amy’s previous actions, detectives surmised that she’d been planning her son’s disappearance several months in advance. She took two private, unexplained road trips in early 2011. She went, during both trips, to the exact area that Timmothy disappeared from.

Throughout the course of the next five years, numerous tips poured in to investigators. Someone in Florida said she recognized Timmothy as a boy who’d recently moved into the neighborhood with a family who all had Northwestern accents. Another tipster thought she recognized the boy at a garage sale in Rockton, Illinois. Out of the hundreds of tips that piled in, none have led to Timmothy.

Aurora police Detective Lee Catavu stated that although the leads are going nowhere, he goes through each and every one, and will continue to do so until he can locate Timmothy. Last year, he said the family’s hope that the boy is out there alive somewhere is a strong driving force that keeps his hope alive as well.

“That’s what motivates us to keep looking,” said Catavu. “The family is just devastated … in some ways it’s worse than knowing he’s dead because there is no closure.”

The biggest challenge, according to Catavu, is determining if there was anyone else Amy communicated with that may have taken the boy in. Family members insist that Amy was a loving mother and would have never harmed Timmothy. In fact, Catavu said that there isn’t one person who knew Amy that thought she hurt him.

“There is not a single person in her life that believes Amy Fry-Pitzen hurt her son.”

Others aren’t so sure. Numerous Internet websleuths, dedicated to finding missing children, feel that Amy could’ve killed her own to avoid a nasty divorce that may have led to her losing custody of him. Some sleuths pointed out that it would be almost impossible for a friend or family member to keep the boy hidden for this long.