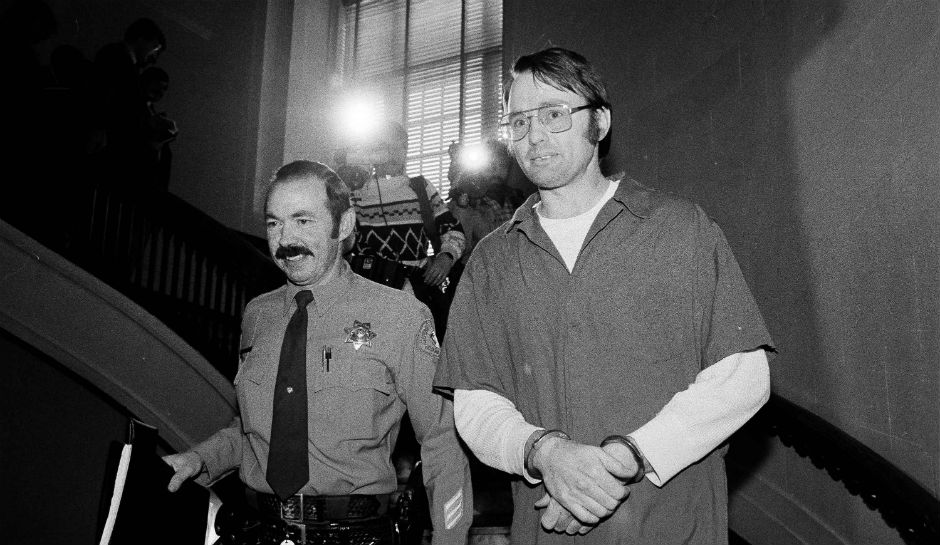 The Girl in the Box: The horrifying captivity of Colleen Stan

Colleen Stan fancied herself an experienced hitchhiker back in 1977. The 20-year-old’s long, wavy brown hair flowed behind her as she stuck out her thumb for a ride on May 19 of that year. Two drivers had offered her a ride already, but she turned them down. They didn’t give her the right feeling. Then, a blue van pulled over. Stan peeked in at the driver and his wife before spotting the baby in the backseat. The pair seemed “safe” to her, so she accepted a ride. It would take her 7 years to escape them and find freedom.

The ride initially started off normal. The driver, Cameron Hooker, and his wife, Janice, seemed friendly. They had stopped for gas along the way, and Stan used the bathroom. She questioned parting ways with the duo, but decided against it. About 30 minutes later, she had a knife to her throat.

Cameron had turned down a dirt road when he pulled out the knife. He threatened Stan’s life with it as he bound and gagged her, and placed a homemade wooden box over her head. She couldn’t hear or see anything as she was taken to their isolated mobile home in Red Bluffs, California.

Cameron Hooker was sentenced #otd in 1985 for kidnapping Colleen Stan, the “Girl in the Box.” https://t.co/v6gF6pjEWi pic.twitter.com/paeGxGdXxM

Stan was hung from the ceiling and remained blindfolded as Cameron and Janice had sex below her. They were celebrating for capturing their slave—a role previously designated to Janice. Cameron had sadistic plans in store for the young woman—and Janice was there to watch.

Shortly after kidnapping her, Cameron placed Stan inside of a wooden box that was shaped like a coffin. It was pitch black and only had a small opening for a fan to blow air. The box was kept under the couple’s waterbed for 23 hours of the day—for 7 years.

Cameron and Janice took Stan out of her coffin to watch their child, and to cook for them. Eventually, she was raped by Cameron and forced to cuddle with him afterward. He renamed her “K” and told her that she was his slave.  He told her he loved her, and that everything was going to be OK.

He also threatened to kill her if she ever tried to escape.

Cameron created “The Company” and insisted they were always watching Stan. If she escaped they would hunt her down and kill her. Stan believed every word. She was so brainwashed by her captor, she never attempted to escape.

Three years into her captivity Cameron brought Stan back to her family home. He left her alone with her family, but she never said a word about her ordeal. She claimed Cameron was her boyfriend and that she was happy. She spent the night, and the next morning posed for a picture with her abuser before leaving with him again.

Colleen Stan opens up about being kept in a box 23 hours a day by Cameron Hooker and his wife
https://t.co/WSdYu515QN via @newscomauHQ

Her imprisonment continued. Janice became jealous of the relationship between her husband and his victim.

Stan stated, “She kind of treated me like I was having an affair with her husband. They had no qualms about hurting me,” Stan stated.

While inside the box Stan kept her sanity by praying to god, and imagining that she was somewhere else—a happy place surrounded by the people she loved. Meanwhile, she was beaten with whips, electrocuted, and assaulted regularly.

Her captivity became easier when the Hooker’s showed acts of kindness. They let her out once to celebrate her birthday. They even gifted her with a bible, which she and Janice began studying together. It was then that Janice began to have remorse for the young woman imprisoned in their home.

One day while Cameron was away, Janice brought Stan to her parent’s home. She confided in her pastor about what had occurred, and she told Stan that there was no company watching her. Janice helped Stan escape and went to the police. Stan was free from her torment. She described the moment she was released

“Your life is just kinda in limbo when you’re in captivity, and once you get that freedom back and you have that choice again, it’s just like the gates open…And you just run for it.”

Janice testified against her husband in 1984. She told police that he had planned on kidnapping more women, and that he was responsible for the 1976 disappearance of Marie Elizabeth Spannhake. Cameron shot the young woman when she tried to escape, and buried her in his yard.

Cameron was sentenced to 104 years in prison for his crimes, and Janice received immunity. Stan is now a 59 year-old happily married grandmother.