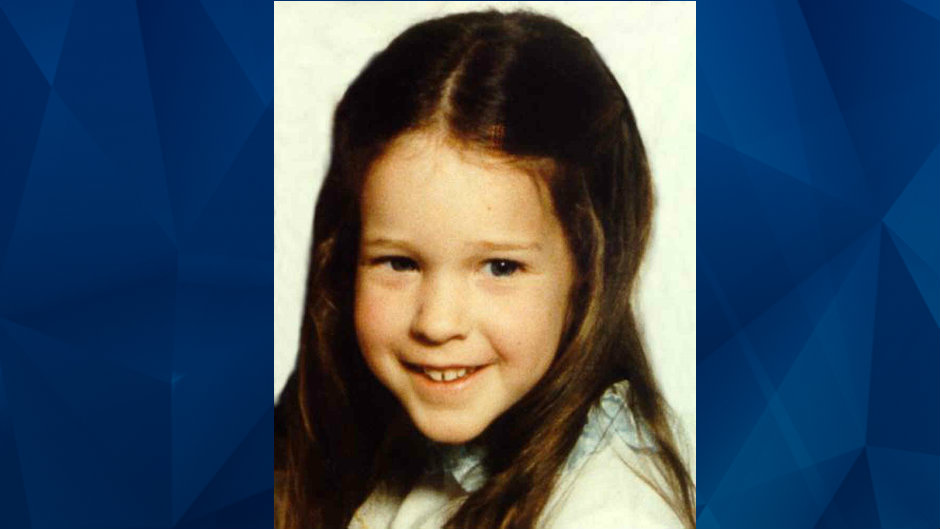 Four-year-old Nyleen Kay Marshall was having the time of her life, on a family outing in the gorgeous Helena National Forest in the Elkhorn Mountains.  It was daylight, around 4 p.m., June 25th, 1983, near her hometown of Clancy, Montana. The group was picnicking and little Nyleen Kay was playing with a few other children who walked ahead. When they turned back, they noticed the 4-year-old was missing.

Despite an exhaustive search by family, police, and scores of volunteers, no trace of Nyleen Kay could be found. An unidentified male wearing a jogging suit was spotted nearby just before she disappeared, but he has never been connected to Nyleen Kay’s disappearance.  The tot’s family was questioned about her disappearance and her stepfather was once considered a person of interest in her case, but was never named a suspect.

Thus, the police had very few leads other than a witness stating Nyleen Kay had been talking to the man in a purple jogging suit before she disappeared.

Then, a development.  Two years after she disappeared, her family received a 3-page, typewritten letter claiming to be from Nyleen Kay’s kidnapper, including three ominous passages:

“I realize how much her family must miss her, but I love her, and I have her” … “I just can’t let her go”

“I give her medicine from the bathroom every morning. It is actually a spoonful of my semen. It doesn’t affect her physically. I have NEVER “molested” her in any other way.”

The letter was postmarked from Madison, Wisconsin. The writer claimed he was homeschooling the tot and also stated that he had “picked up a girl named Kay” and they traveled extensively, throughout Canada and Great Britain, living on his ‘investment income’ and money he made ‘working from home.’

The writer said he would never return her. The letter reportedly contained details that led police to believe it was credible.

An anonymous caller also contacted Child Find Network in New York about Nyleen Kay several times. The caller was traced to pay phones, including one in Edgerton, Wisconsin.  The calls then ceased.

In an odd twist, NBC broadcasted the story in 1990, leading to a tip from a caller who believed Nyleen Kay may be a classmate.  The police investigated the lead, only to discover the schoolmate was actually another kidnapped girl, Monica Bonilla, who was taken by her non-custodial father. Monica was reunited with her mother.

Still, if the person who claimed to be her kidnapped is to be believed, there is still hope Nyleen Kay is alive today.

If you believe you may have information about the whereabouts of Nyleen Kay Marshall, please call the Jefferson County Sheriff’s Department at 406.225.4075.