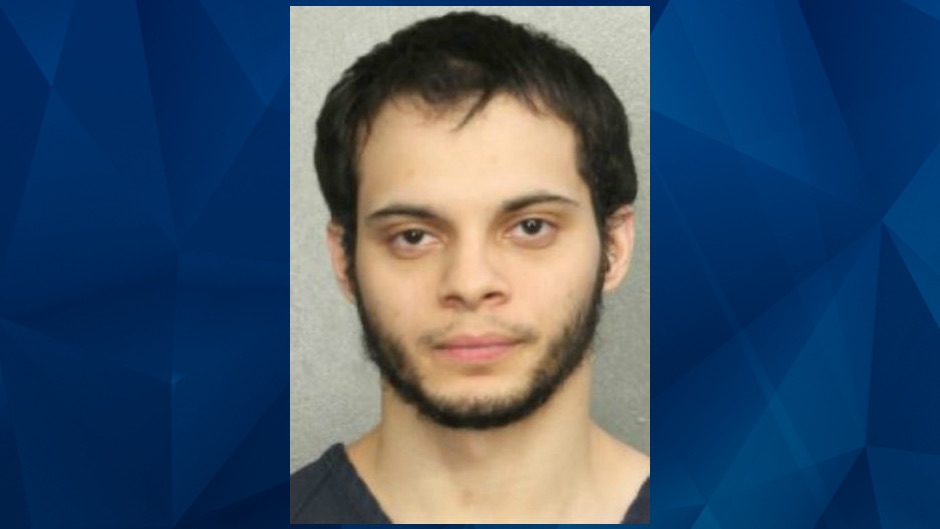 The celebrity gossip website published only an excerpt of the shooting rampage, just before Santiago opened fire in a baggage claim and sent panicked travelers running for cover. No injuries are shown in the video, which appears to have come from a mounted surveillance camera, though TMZ did not specify how it obtained the video.

The scene is ordinary and calm and travelers walk through the baggage claim area and a man who appears to be Santiago enters the frame — moving a bit faster than his fellow travelers and carrying no baggage. He can be seen clearly pulling a handgun out of his pocket and beginning to fire, seemingly at random, but the video does not show who or what he is aiming at.

The shooting rampage killed five people and injured eight more. Santiago was taken into custody while still at the airport. The 26-year-old Iraq War veteran was placed in a psychiatric facility just two months ago after he appeared at an FBI field office to report that the government was controlling his mind. He said he was being compelled to watch Islamic State videos as a result. Santiago owned his handgun legally, and authorities took possession of it during his mental health evaluation, but returned it a month later. Santiago’s brother has questioned why the FBI didn’t do more to intervene, as they were aware of some concerning issues.

“The FBI failed there,” Bryan Santiago told The Associated Press. “We’re not talking about someone who emerged from anonymity to do something like this … The federal government already knew about this for months, they had been evaluating him for a while, but they didn’t do anything.”

According to the Washington Post, investigators are examining Santiago’s digital communications to determine if he or the shooting had any relationship to Islamic militants.