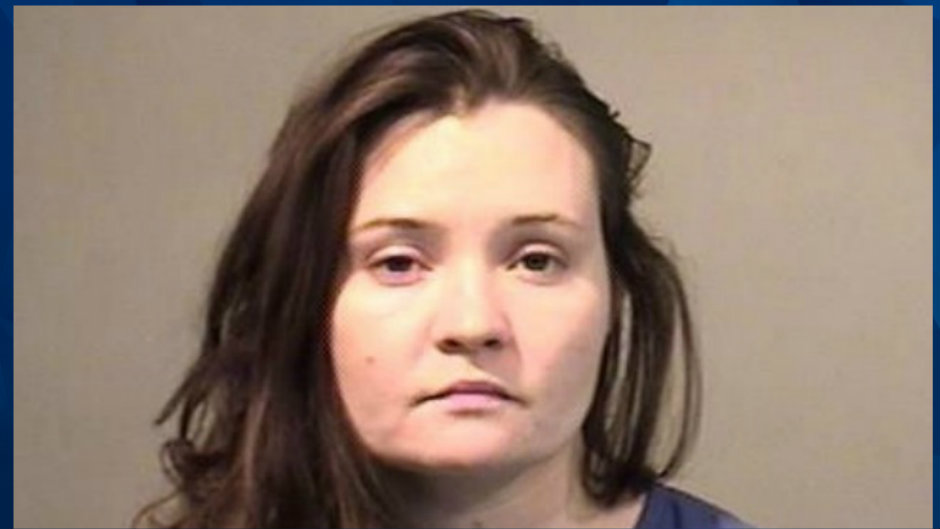 New, shocking dash cam video: An undercover police officer’s surveillance footage has just emerged and reveals a startling peek at an Ionia County mom’s bloody plot to hire a hit man to kill the father of her children.

Kristina Johnston, 28, stands charged with solicitation of murder after a sting operation landed the Michigan beauty behind bars.  Now, the video of the conversation that blew the case wide open is public, thanks to a local Fox 17 station.

Johnston:” And then I’ll have to hire you again to finish the job… then I’ll do that. If I did do that, I don’t know how I would live with myself and my kids… doing that. But it would have be… let’s try something first, and then I’ll pay you for that… and then if he don’t get off my fucking back or do something then it’s going to be the second… definitely.”

Tips led cops to ferret out Johnston’s murder plans and they promptly planned a controlled meeting to introduce Johnston to her would-be “hit man” (actually an undercover officer).

Throughout the nearly half-hour conversation, Johnston said she feared for the life of herself and her children, and was physically abused by the intended target of the plot for nearly 13 years.

While the cameras rolled, Johnston allegedly hatched a murder plot and struck a murder-for-money deal.  She reportedly first wanted her husband attacked and beaten, but getting into the spirit of things, she quickly escalated the plan from a beating to a murder.  Allegedly scheduling a date to seal the deal with a cash payment, Johnston may have sealed her own fate.

Johnston is currently behind bars on a $50,000 bond on charges of solicitation of murder.  The target, Johnston’s 29-year-old ex-boyfriend had reportedly been in a custody dispute with Johnston.