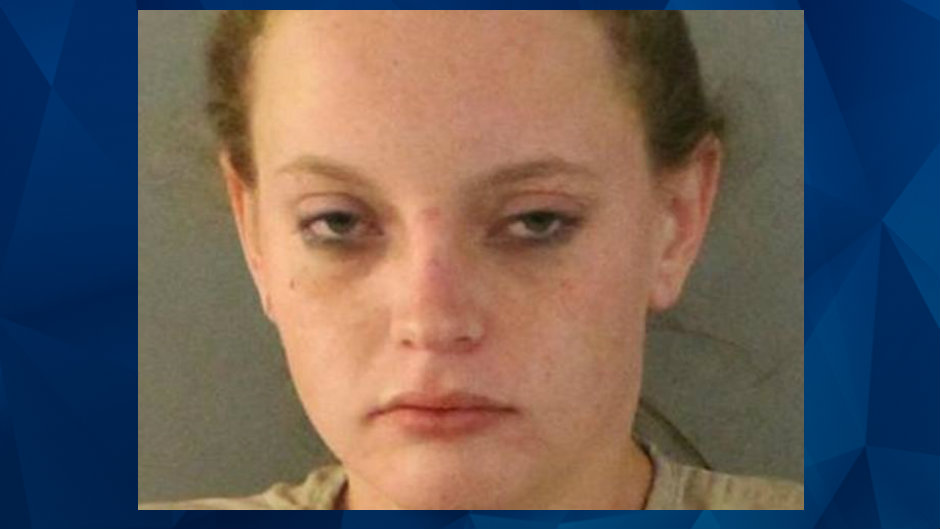 Fireball whiskey sends a bridesmaid on a drunken rampage!

“She drank almost a whole bottle of Fireball!”  said a shocked guest at a Charlotte County, Florida, wedding.

A maid of honor was busted still decked out in formal wedding attire and now faces a litany of charges after she allegedly got soused, slugged a guest, jumped in a car, hit the gas and nearly ran down the best man at the reception, reports local station WBBH.

The so-called “maid of honor” ruined her best girlfriend’s dream wedding last week.  After reportedly getting completely drunk at the wedding reception,  35 year-old Amanda Willis punched a male guest like a heavy-weight champ, tried to steal the best man’s car nearly running him down in the process.

Willis looked composed (and sober) while posing for wedding photos before and during the wedding of best friend, Jennifer Jones, at the wedding venue in Punta Gorda, Florida.  But by the first dance, Willis was reportedly busy at the bar.  According to the new Mrs. David Butler, the maid of “dishonor” was wasted just 20 minutes into the reception, ruining the whole soiree and ending up hospitalized as a pit stop en route to the local jail.

“She was a mess. She drank almost a whole entire bottle of Fireball,” stunned guest Robert Templeton told WBBF.

Once inebriated, Willis demanded car keys from several guests and when wisely turned down, she reportedly stole the best man’s car, tried to make a quick get-away, almost hitting the groom’s brother.

Wedding guests ended up wrestling Willis out of the would-be stolen vehicle and promptly went back to the reception for another drink.

“She went back inside. She grabbed up the big bottle of Captain Morgan and just guzzled it like this,” says the bride, who re-enacted the chugging.

Only when Willis punched wedding guest Robert Templeton in the face (who hit her back say reports) were police called. Upon their arrival, Willis then claimed she was having a heart attack and then began to “shake” with “seizures.”

Ms. Willis was rushed to the closest hospital, but continued to wreak havoc despite her heart attack scare, flashing cops, attacking medics and kicking her bedpan.

Hopefully, Ms. Willis will not be invited to the first anniversary party.