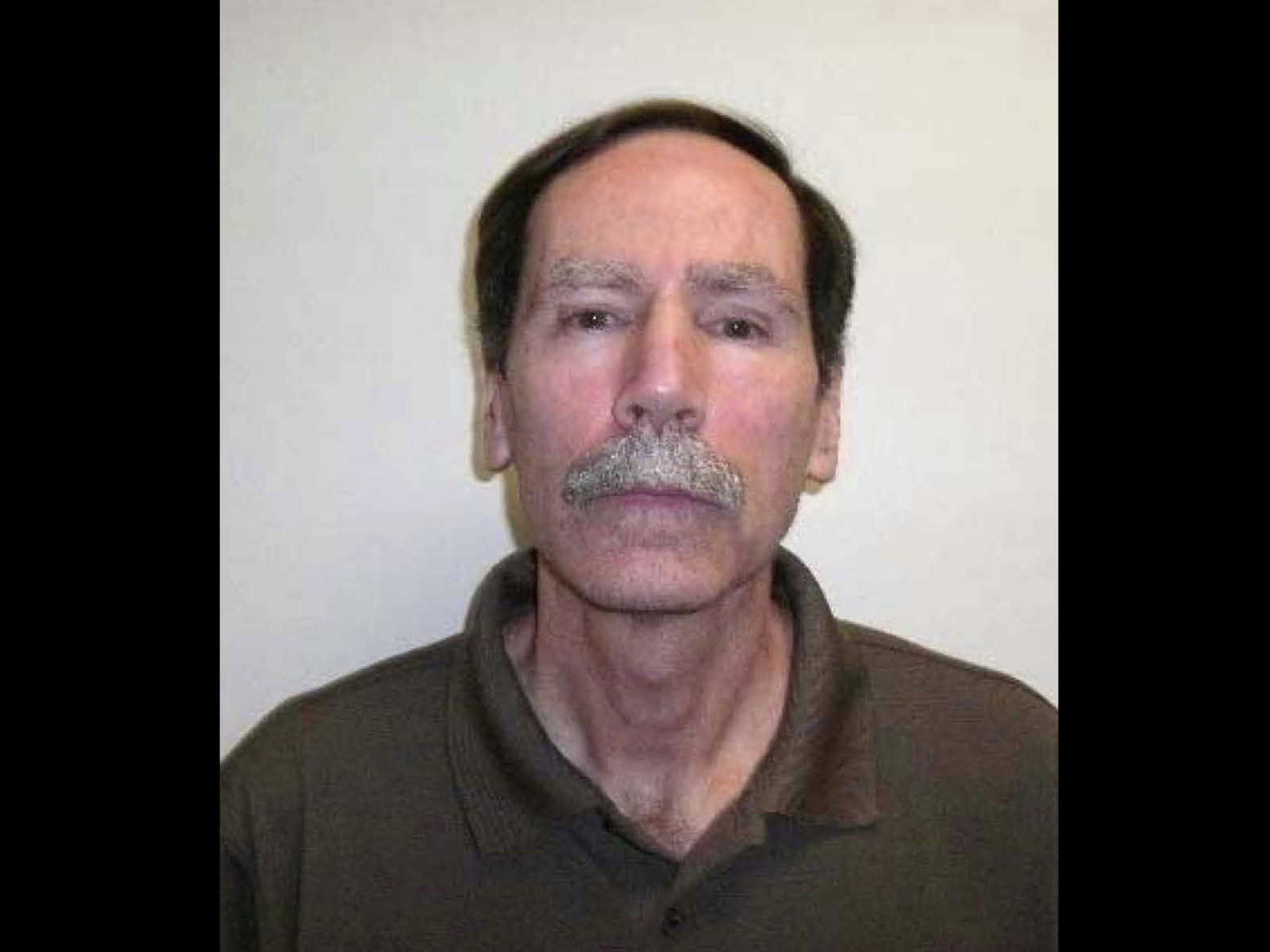 LOS ANGELES (AP) — A notorious California serial rapist who muffled victims’ screams with a pillowcase had his freedom revoked after his therapists said they were concerned about his fantasies and didn’t think he had come to terms with his “distorted thinking.”

Christopher Hubbart, who was dubbed the “Pillowcase Rapist” for sexually assaulting dozens of women between 1971 and 1982, was recommitted to Coalinga State Hospital for at least a year, Los Angeles prosecutors said Friday.

Santa Clara County Superior Court Judge Richard Loftus Jr. sided in his opinion Thursday with treatment supervisors who said it was not safe for Hubbart to be free and that he needed more inpatient therapy after violating terms of his release by failing five lie detector tests about his “thoughts and fantasies.”

Treatment supervisor Alan Stillman felt Hubbart was being deceptive with therapists and the polygraph examiner, including one effort to thwart an accurate exam with heavy breathing and other measures, the judge said.

“Ultimately, (Stillman) concluded (Hubbart) was ‘not coming to grips with his distorted thinking,'” Loftus wrote after a two-day hearing this week.

Hubbart, 65, who has acknowledged raping at least 40 women, has been in and out of prisons and state psychiatric hospitals since his first rape conviction in 1972.

“Christopher Hubbart is a prolific serial rapist and even after years of treatment he remains a danger to women,” said Los Angeles County District Attorney Jackie Lacey, who fought his release and tried twice to have him returned to mental hospital. “Today’s ruling reaffirms our belief that he should remain in a state hospital for additional treatment.”

A public defender for Hubbart did not immediately return messages seeking comment.

Hubbart’s lockup follows years of uproar and legal wrangling over a judge’s order in 2013 to release him from the state psychiatric hospital where he had been committed in 2000 as a sexually dangerous person after serving his prison sentence.

Another Santa Clara County judge ruled at the time that Hubbart had completed treatment and was fit to live outside under strict conditions spelled out in a 16-page agreement he signed that included drug tests, polygraphs, random searches and a curfew.

Although his last crimes had been committed in Northern California, the judge ordered him — over the objection of Lacey — to live in Los Angeles County because that’s where he was born and raised.

It took more than a year to find a suitable location where a landlord was willing to rent to him.

Protests followed his July 2014 arrival at a small house in Lake Los Angeles, an unincorporated area in the high desert of the Antelope Valley, about 40 miles north of downtown.

A group calling itself the Ladies of Lake LA regularly demonstrated outside the house, shouting he should be locked up and some carrying signs saying “burn in hell.”

Hubbart also received death threats and was under guard 24 hours a day to protect the public and keep him safe.

Lacey tried unsuccessfully to have him recommitted in 2015 after he let the batteries run low on his GPS ankle monitor.

Loftus noted Friday that the effort two years ago was “wholly without merit” and part of a pattern that may have led Hubbart to withhold information from a polygraph examiner that he feared would end up with the prosecutor.

Hubbart told one member of his treatment team that he was “between a rock and a hard spot” between being forthcoming on lie detector tests and risking exposing information prosecutors would use against him.

Lacey’s repeated efforts to lock him up and a lack of cooperation from the Los Angeles County sheriff were “reprehensible” and undermined Hubbart’s therapy, Loftus said.

Protesters welcomed his arrest in August. Cheryl Holbrook, who said she was raped as a teen, though not by Hubbart, had shed tears of relief at the news he was in custody.

Holbrook was frustrated Friday that he could be out of the mental hospital in a year.

“He needs to rot in there and never come out,” Holbrook said. “He failed his polygraph. That was a 90 percent clue right there that if he was to get out again, he’s going to re-offend. I don’t care how old he is.”