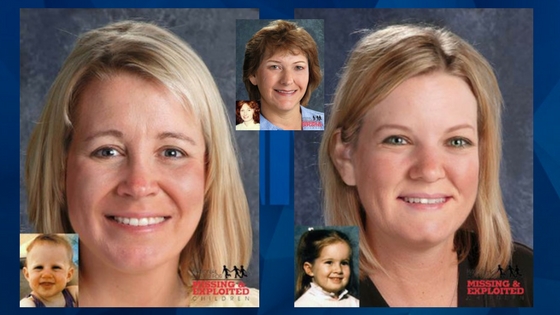 Police: Kids taken 31 years ago are found, mom is arrested

Two sisters who disappeared from Rhode Island with their mother in 1985 have been located in the Houston area, and their mother was charged with snatching them, police announced Tuesday.

MICHELLE R. SMITH
Associated Press
SCITUATE, R.I. (AP) — Two sisters who disappeared from Rhode Island with their mother in 1985 have been located in the Houston area, and their mother was charged with snatching them, police announced Tuesday.

An anonymous tip two days before Christmas led police to Kimberly and Kelly Yates and their 69-year-old mother, Elaine, said Rhode Island State Police Lt. Col. Joseph Philbin. Elaine Yates, who had been living in Houston under the name Leina Waldberg, was arrested on Monday without incident and faces arraignment Wednesday in Rhode Island on a fugitive charge.

Kelly was 10 months old and her sister was 3 years old when they disappeared. Kelly, now 32, and Kimberly, now 35, were not living with their mother but are in the Houston area and are in good health, Philbin said.

Mother Elaine Yates is being charged with 2 counts of child snatching. Ran away with daughters Kelly and Kim. 3 1/2 years and 10 mo. In 1985 pic.twitter.com/Na7fZVZ0y7

The girls’ father, Russell Yates, was told of her arrest immediately after it happened and is relieved, Philbin said. His contact information was given to his daughters, Philbin said.

“I’ve always been trying to find my children. Now at least, it’s up to them to get in touch with me,” Russell Yates told reporters.

Yates told The Providence Journal in a 1988 magazine story that his wife had discovered he had been unfaithful to her and had threatened to move out in the middle of the night with the children. He came home around 2 a.m. after work on Aug. 27, 1985, and found them gone.

The case was featured on “America’s Most Wanted,” and police received tips from all over the country, including from Colorado and Florida. Investigators reviewed the case and spoke with Russell Yates at least once a year, Philbin said. But it wasn’t until they received the anonymous tip that they cracked the case.

Authorities said they used court databases, Facebook and driver’s license photos to identify the mother and daughters. He said they also used age-progressed renderings that showed what Kimberly and Kelly might look like after 30 years.

As for the mother — whose assumed name, Leina, is nearly an anagram for her given name, Elaine — Philbin said she had been successful in getting away with her crime for 31 years.

He described her as being very cooperative with investigators since police knocked on her door Monday.

Asked if Elaine should be prosecuted, Russell Yates said: “That isn’t going to help me, her or anybody else at this point. I just want to see my kids.”