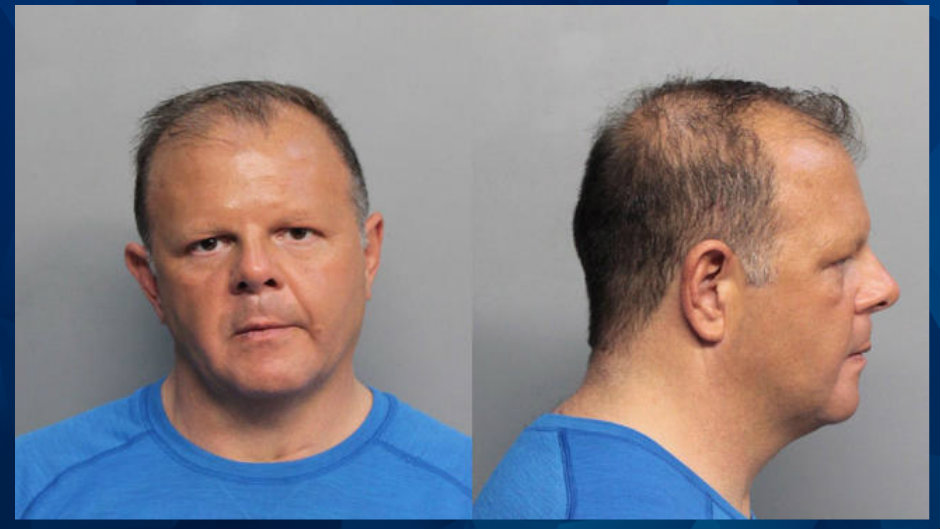 A Miami Beach man allegedly made an online threat to kill President-elect Donald Trump.  An arrest report reveals the Florida man, 51-year-old, Dominic Puopolo, posted a video on his Twitter page, in which he stated, “This is the 16th of January 2017. I will be at the review/inauguration and I will kill President Trump, President-elect Trump today.”  He goes on to “challenge” law enforcement to stop him.

Puopolo is part of a well-known northeastern family known to be close to Bill and Hillary Clinton, having once donated a reported $20,000 to the Democratic National Committee.

The suspect sat just three feet from Hillary Clinton as she delivered the eulogy at his mother’s funeral after the mother, Sonia, perished in the WTC attacks on 9-11. In the eulogy, Clinton specifically mentioned Dominic Puopolo.

That man, Dominic Puopolo, was arrested at a local Subway sandwich shop after his alleged Twitter threat made on video no less, and is being held without bond at a Miami-Dade County jail.  He is formally charged with threatening to harm a public servant.

President-elect Trump is set to be sworn in Friday in Washington, D.C.

On social media, “Dom” posts under the name JesusChrist1701.  He claims to be a terror expert, a Navy vet, and posted images of himself with Colin Powell. Ronald Reagan and John Kerry.

The Puopolo family is very familiar amongst highly-placed Democratic circles as generous donors.  But in Florida, Dominic  Puopolo is also known for his alleged rap sheet: four arrests for including theft.

He appeared Wednesday in court, where his defense attorney told Miami-Dade County Judge Mindy Glazer, who ordered a mental evaluation for Puopolo. If he is deemed competent, his bond will be set at $1 million.

Dominic Puopolo, 51, is currently being held without bail in Miami’s Turner Guilford Knight Correctional Center on charges of threatening harm against a public servant.