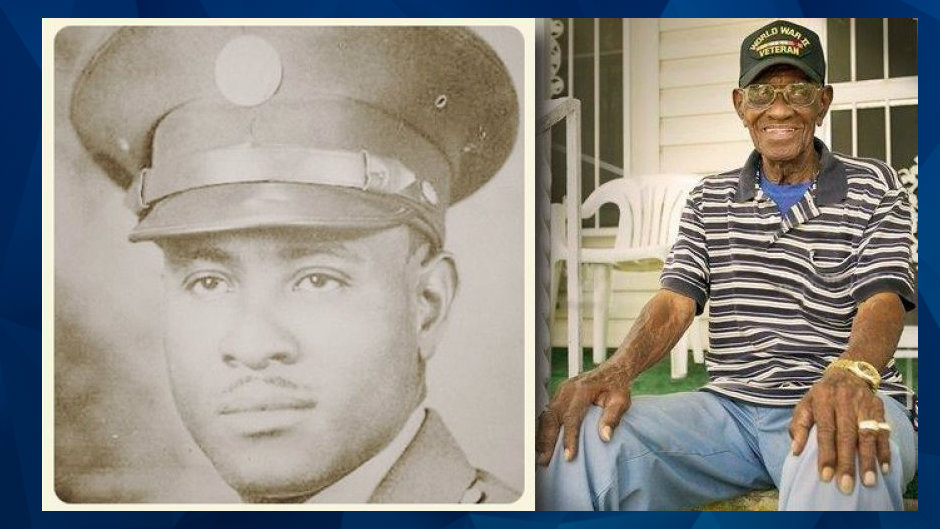 A veteran of World War II, he was honored by the President.  Soon after Overton turned 82, his wife, Wilma, died.   He then beat pneumonia in 2015 at age 109, and in 2016, he was the subject of a documentary aptly titled Mr. Overton in which he discussed his daily life, service in the military and thoughts on longevity.

In his 110-years, Overton saw bombed ships going under at Pearl Harbor.  He fought for his country in the Pacific.  But now a new battle faces him.

Overton wants one thing, to live out his life in the home he built himself over 60 years ago and shared with his wife. His cousin, Ms. Volma Overton states, “We all know that moving him out his house will put him in the grave.”

She then created a GoFundMe page for the vet. So far, the page has raised an astounding $94,192, but the goal is to reach $100,000, which according to the page, will keep him in his home, but also help with round-the-clock medical care.

Overton is overwhelmed that others would care about him.  Relatives and friends from church visit each day to care for him and join in prayer is home is saved.

The 110-year-old, who reportedly loves whiskey and cigars, was profiled in Cigar Aficionado magazine in 2015. He credits tobacco and the Lord as his secret to long life.