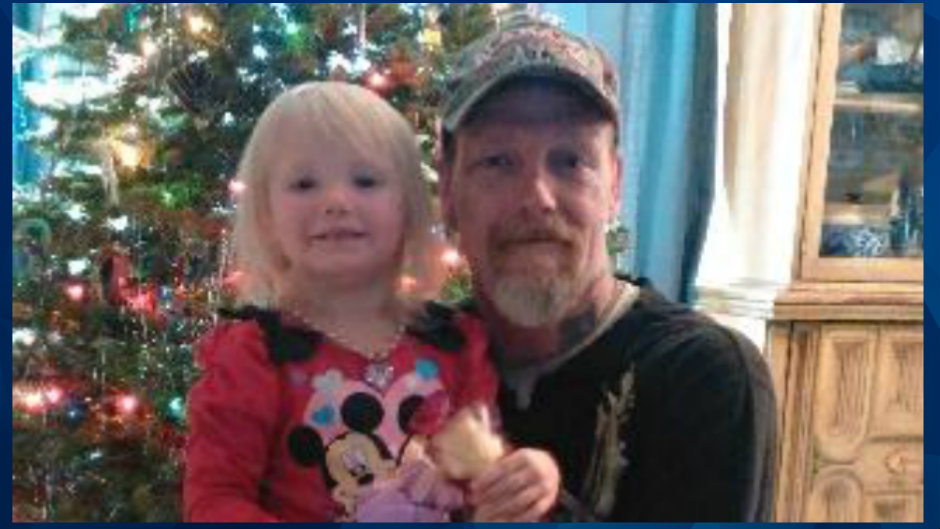 Hailey was found near the Indiana border with her father. She was unharmed and returned safely. Her, dad, Mark Alan Saporita-Fargo, faces kidnapping charges. Officials said the kidnapping was likely planned.

A 2-year-old Michigan toddler is missing after her non-custodial father failed to return her after an unsupervised scheduled visitation.

FOX 17 reports that Hailey Hunter-Rose Fargo was visiting with her father, Mark Alan Saporita-Fargo, 47, whose currently awaiting trial for a sexual misconduct charge. According to the Mason County Sheriff’s Office, Hailey was placed in foster care in Muskegon; the foster care agency contacted police at around 4 p.m. yesterday when Saporita-Fargo didn’t return her on time.

Hailey has blonde hair and blue eyes, stands 3-feet-1 inch tall and weighs around 32 pounds. She was last seen in a dark pink Minnie Mouse shirt, black plants, and Frozen-themed shoes. She also had a red, white, and silver bow in her hair.

Saporita-Fargo is 6-feet-1 inch tall with blonde hair and blonde and grey beard. He weighs around 200 pounds and has a tattoo on his neck. He was last seen driving a black car, likely a Ford Taurus, according to police, but they aren’t 100% certain.