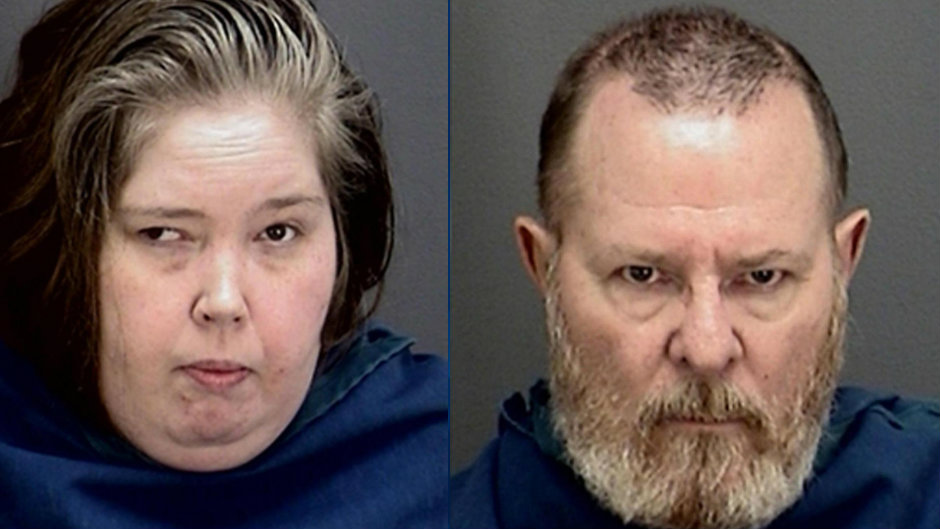 A Texas man who ordered a murder hit on his daughter’s boyfriend for $500, pleaded “guilty” to setting up the foiled murderer-for-hire scheme.

The Times Record News reports that  Jeffrey Peyton, 59, of Wichita Falls, and his wife, Christina Peyton, 41, despised their daughter’s former boyfriend so much that they paid a “witness” to kill him. On June 26, 2015, The witness turned the information over to authorities, including a recorded interaction with Christin Peyton, who emphasized that she wanted the boyfriend dead. She also told the witness that she’d take their daughter out to movies while the witness took out the boyfriend.

“I want him gone. Not out-of-town gone. I want him dead gone.”

Police then arranged an undercover meeting with the Peytons. Once the meeting took place, they told an officer posing at a hitman that they wanted their daughter’s boyfriend gone “permanently.”

Jeffrey Peyton offered the undercover “hitman” $300 up front, and another $200 once the job was finished. After paying the initial $300, Peyton paid the undercover hit man $200 on on July 2, 2015, after fake crime photos were shown as proof. The boyfriend, who was told about the plot to murder him, cooperated with police and posed in a fashion that indicated he’d been killed.

Police arrested both Jeffrey and Christina Peyton. They were charged for the murder-for-hire plot. Both pleaded guilty. Jeffrey Peyton is expected to face a 22-year-murder sentence after his March 3 sentencing date. Christina Peyton’s sentencing has yet to be announced.