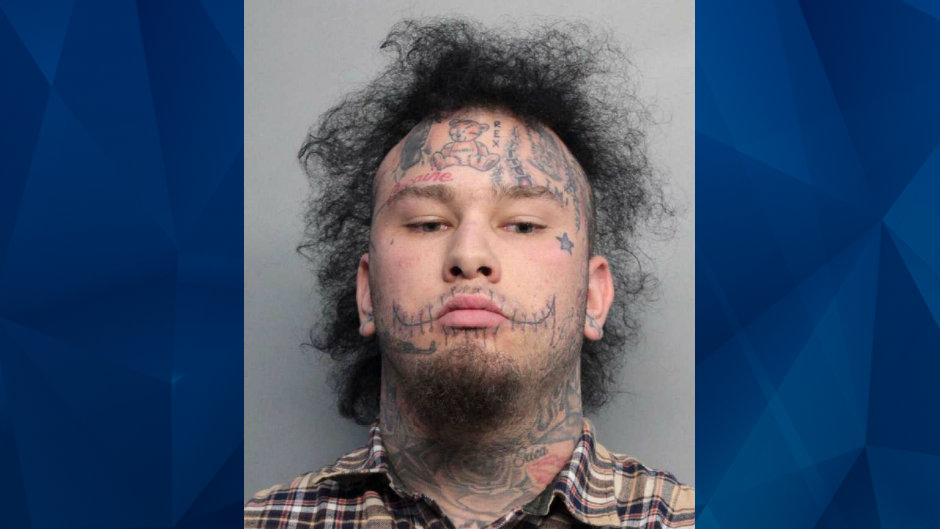 Rapper ‘Stitches’ arrested on weapons and drug charges in Miami

Phillip Katsabanis, better known as “Stitches,” was arrested on Wednesday in Miami, on weapons and drug charges, police confirm.

San Antonio Express News reports that the Miami-Dade Police Department initially pulled Katsabanis to question him about parking in a handicapped parking space at the Miami Whole Foods Market. Reportedly, Katsabanis handed police a “rolled-up joint” that he had in the glove compartment of his Porsche, but denied having any weapons in the car.

Stitches was backing out of a handicap spot at Whole Foods when cops arrested him for weed and felony gun possession https://t.co/BqIARij65H pic.twitter.com/vSYZGxG7Jw

Officers searched the car and not only found a gun and ammunition underneath the driver’s seat of Katsabanis car, but also one oxycodone pill (with no prescription) and 32.9 grams of marijuana.

After pulling him over, police recognized the rapper from his unique face tattoos. He has the word “cocaine” tattooed above his right brow, a teddy bear tattoo on his forehead, a tattooed gun on his right cheek, and “stitches” tattoos stretched across both sides of his mouth. He also has a star tattoo on under his left eye and a spider tattoo above his left ear.

Arguably, Katsabanis’ most popular song is “One Million Dimes,” a rap tune centered around selling drugs in the past and his love for his mother.