A Lake Havasu City police report indicates that Gillard and the victim began arguing, which quickly escalated into a physical confrontation. Gillard’s boyfriend grabbed her wrists to calm her down and told her he had a gun. That’s when Gillard allegedly broke loose from his grip, grabbed a pair of scissors, and stabbed the victim in the arm. Gillard claim the victim “handed the scissors” to her. 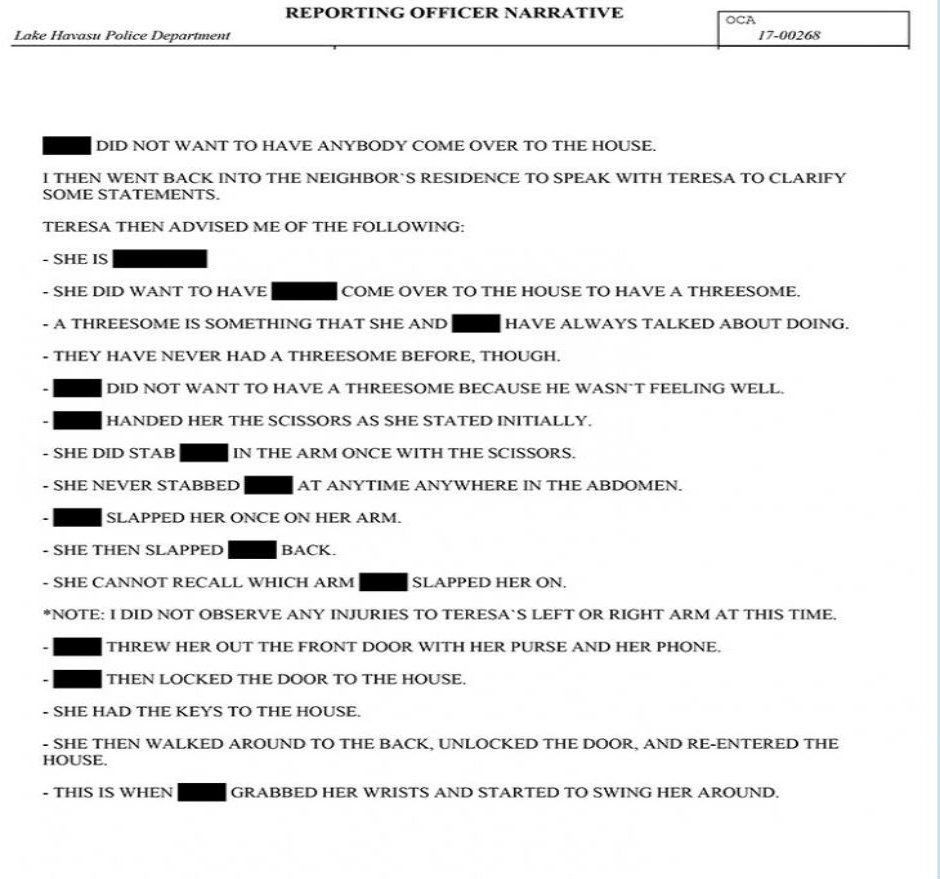 When police arrived, Gillard admitted that she drank a Budweiser “Strawberryrita” and couple shots of peppermint schnapps. After interviewing both parties, police arrested Gillard and charged her with felony aggravated assault and disorderly conduct. They noted that she didn’t have any physical injuries. Gillard’s boyfriend suffered minor injuries. He was not charged.