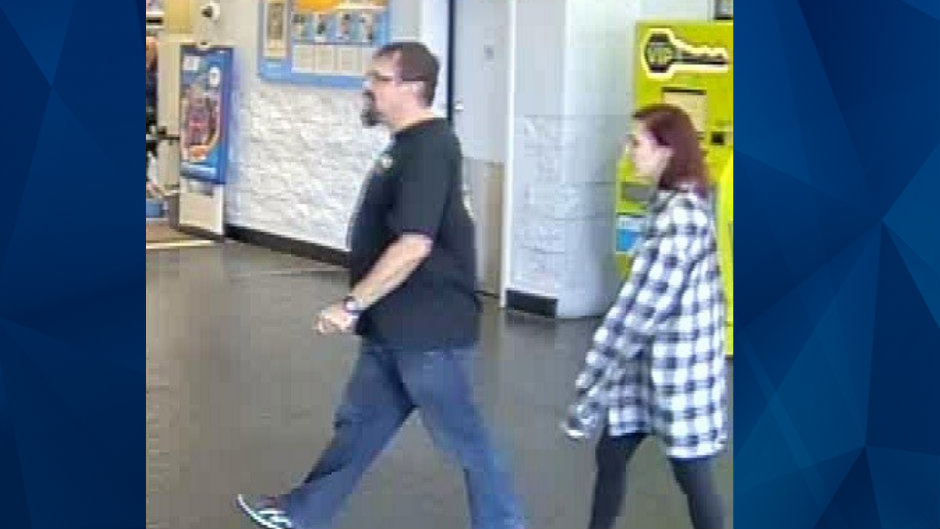 The Tennessee Bureau of Investigation (TBI) has confirmed the sighting of former teacher, Tad Cummins, and 15-year-old Elizabeth Thomas, in Oklahoma City on March 15.

Both Cummins and Elizabeth were seen at a Walmart on East I-240 Service Road in Oklahoma City, Oklahoma. Cummins reportedly bought food with cash, but nothing else of significance. TBI’s Josh Devine tweeted that they received the photos from a tip that came through yesterday, which explained the delay in getting the information to the public.

It appears as if Elizabeth’s hair is now red. Cummins darkened his hair and beard. Investigators are currently trying to determine what type of vehicle they left in.

More on this story:

DA: Perv teacher Tad Cummins and kidnap-girl could “very easily” be posing as missionaries in Mexico

Tad Cummins: Pervy teacher had his eyes set on another student before abducting Elizabeth Thomas

Missing Tennessee teen once hid from teacher who abducted her, begged co-worker to say she wasn’t there