Murdered pregnant teacher’s boyfriend was engaged; victim wanted to meet up with the ‘other woman’

The boyfriend of a murdered pregnant Maryland high school teacher was apparently engaged to another woman.

Tyler Tessier, 32, is accused of killing Laura Wallen, 31, and dumping her body in a shallow grave in Damascus, Maryland. Authorities found Wallen’s body on Wednesday, but said that the suspect likely killed her on September 2. The exact cause of death is still unclear, pending an autopsy, but the Montgomery County Police Department labeled her death as a homicide.

Mark Wallen, the victim’s father, said that Tessier asked his permission to marry his daughter. Yet, Tessier was reportedly already engaged to another woman, who he was living with when he allegedly murdered Wallen.

Apparently, both women knew of each other and Wallen wanted an explanation. On August 28, Wallen sent a text message to the “other woman,” asking if they could meet up and discuss the situation.

“It’s important that some things are cleared up and I would imagine that if you were in my position, you’d want some answers as well,” the text message read. “By no means is this an attempt at confrontation, just looking for an explanation, woman to woman.”

It’s still unclear whether the two women met up with each other, but within a week of the text message, Laura was murdered.

What You Need to Know

Maryland authorities found the body of a missing high school teacher in a shallow grave in an open field in Damascus on Wednesday. Her boyfriend is charged with her murder.

During a live press conference, the Montgomery Police Department announced that Tyler Tessier was arrested and charged for the murder of 31-year-old Laura Wallen, the mother of his unborn child. Laura was four months pregnant when she disappeared.

According to authorities, Laura sent a text message to her sister on Saturday, indicating that Tessier had taken her to an open field and she wasn’t sure what for. Her sister asked her to take a pic of the area, and Laura sent back a photo of an open field with a tree line that looked similar to the area authorities later found her at. On Monday evening, Laura’s father, Mark Wallen, drove over to her Olney condominium to check in on her, but no one was home. 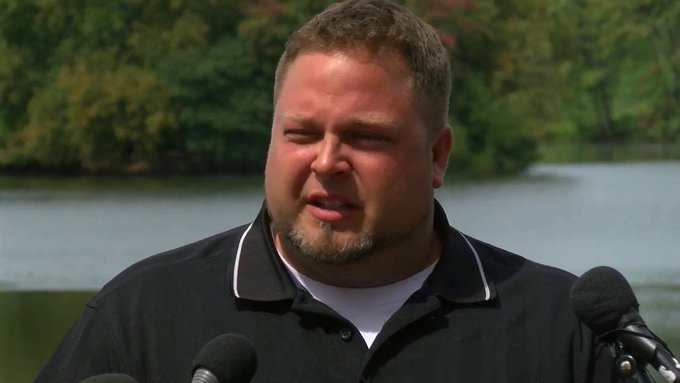 On Tuesday, the family became increasingly worried when Laura failed to show up for the first day of school at Wilde Lake High School in Columbia.

Police found Laura’s body on Wednesday afternoon at around noon in a shallow grave in an open field in Damascus, near Prices Distillery Road. They located a patch in a secluded, wooded area of “freshly dug ground” after cadaver dogs hit on human remains scents.

Tessier had apparently been to the field on several recent occasions prior to the incident, located close to the property where an acquaintance of his lived. He also was the last known person to have seen Laura.

Surveillance footage from a grocery store near Laura’s home captured the pair together on September 2. Investigators believe that Tessier took Laura to Damascus and killed her the following day.

On late Sunday night, Tessier reportedly texted an acquaintance and asked for a ride to Baltimore. He claimed he had to “clean up a mess.” The acquaintance refused to assist him. Tessier later admitted to disposing of the victim’s iPhone and driver’s license.

On Monday morning, September 4, Laura’s sister received text messages from the victim’s phone. According to authorities, the text stated that Laura was almost sure Tyler wasn’t the father of her unborn child. A following text stated that she hoped Tyler would forgive her. Detectives discovered the texts were actually sent by Tessier himself.

The suspect is also accused of driving Laura’s car to Columbia and abandoning it at an apartment complex close to the high school she taught at.

Additionally, Tessier was living with another woman. Detectives indicated that the woman, whose name is currently unknown, is currently being interviewed.

“This is just one of those tragic cases where you have an absolutely innocent victim, and it’s just a senseless, senseless killing,” Montgomery County Police Chief Tom Manger said during the press conference. “These are the kind of cases that so often have a significant impact on the community where they occur, and that was certainly the case with this investigation.”

Authorities said that Laura’s cause of death will be determined after an autopsy is performed.

Tessier remains behind bars without bail.