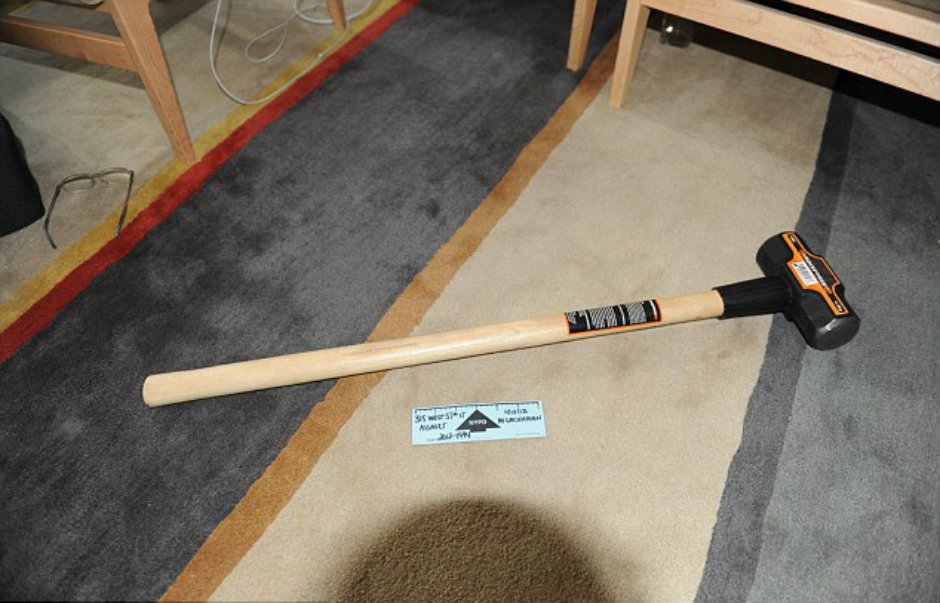 Investigators arrested a psychiatrist on Oct. 19, who allegedly schemed to bludgeon her child’s father to death with a sledgehammer, according to Syracuse.com.

Police reportedly arrested, Pamela L. Buchbinder, 47, of New York City, in Central New York on attempted murder charges. Buchbinder allegedly convinced her 19-year-old cousin, who’s said to have bipolar disorder, to carry out the act on her ex-boyfriend in Manhattan back  in 2012. The warrant for her arrest, however, was only recently issued this month, out of NYC.

Soon after the warrant was issued, Buchbinder fled to Onondaga County, approximately four hours northwest of NYC, according to authorities. Authorities said they soon discovered she was living at a friend’s home, where they said Buchbinder answered the door after they knocked.

Buckbinder’s younger cousin allegedly beat and stabbed Dr. Michael Weiss with a sledgehammer in Manhattan back in November of 2012.  Dr. Weiss, a psychiatrist, survived the attack.

The New York Post reported Buckbinder convinced Weiss to name her the beneficiary of his $1.5 million life insurance policy. Prosecutors said Buckbinder was caught a day before the attack on surveillance footage with her cousin, purchasing  a 10-pound sledgehammer, zip ties, gloves and industrial-strength cleaner at a hardware store.

Website Sharecare.com states, “Pamela L. Buchbinder, MD is a practicing Psychiatrist (Therapist) in New York, NY. Dr. Buchbinder graduated from University of Chicago Division of the Biological Sciences the Pritzker School of Medicine in 1996 and has been in practice for 18 years. She currently practices at Pamela Buchbinder MD and is affiliated with New York Presbyterian Weill Cornell Medical Center.”