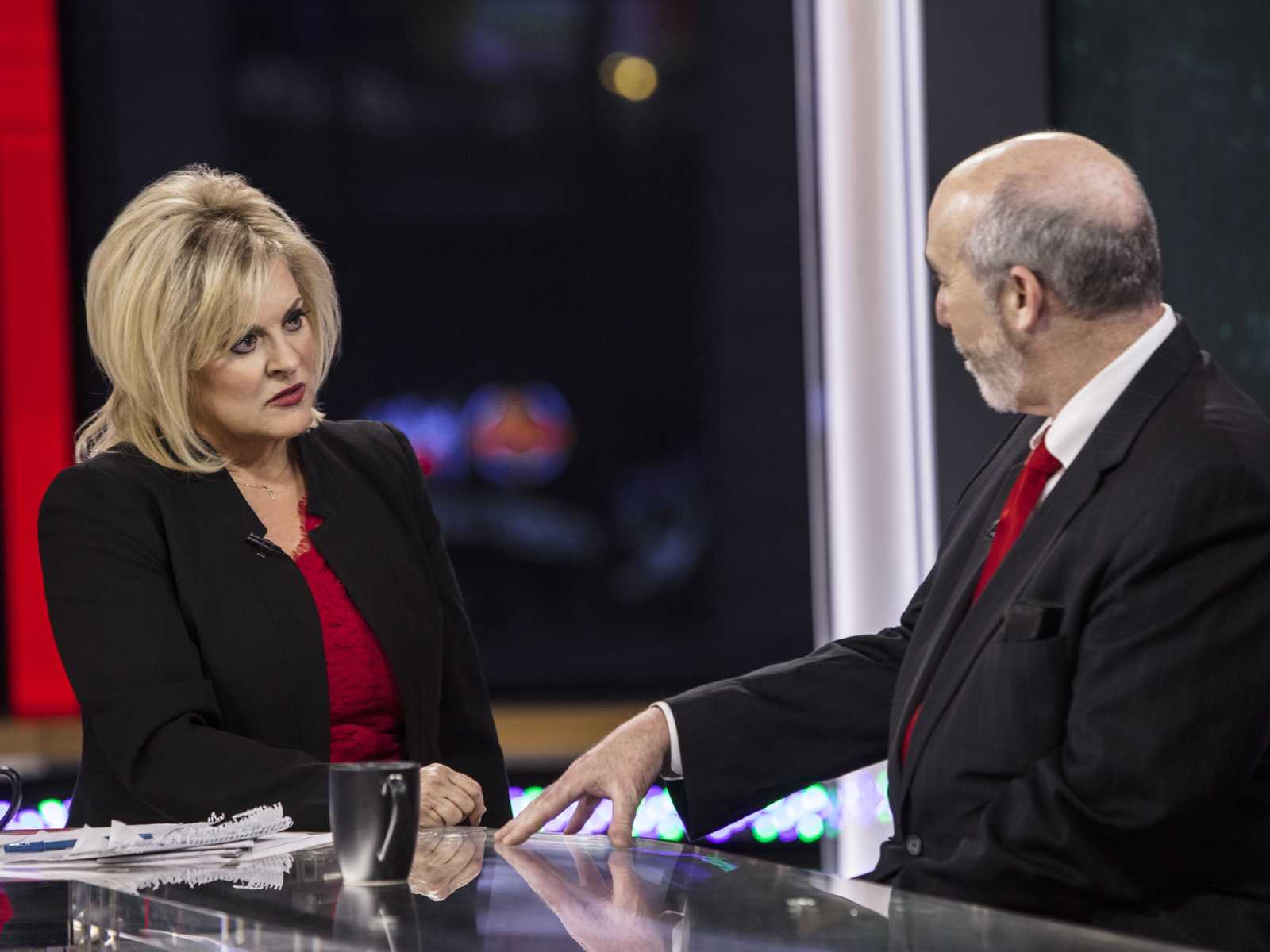 Encores air all week on A&E!

Top legal analysts Nancy Grace and Dan Abrams kicked off their second episode of “Grace vs. Abrams” on Thursday night with a look into the Drew Peterson case. They were joined by Peterson’s former defense attorney who refused to divulge information his client told him that could possibly lead to the whereabouts of Peterson’s missing wife.

Drew Peterson is behind bars for the death of his third wife, Kathleen Savio, but his fourth wife, Stacy Peterson, remains missing. It’s widely speculated that Peterson likely murdered his fourth wife, although he’s never been charged with the crime. Peterson’s former lawyer, Joel Brodsky, appeared on “Grace vs. Abrams” and made the shocking claim that although Peterson told him information about Stacy, he wouldn’t be sharing it as he has an obligation under attorney/client privilege.

Abrams (to Brodsky): “So you know where the body is?”

Brodsky: “I said I knew what happened.”

Grace: “So what happened?”

Abrams: “So wait…If you can’t say then that definitely means that Drew Peterson wasn’t telling the truth when he says that Stacy left with some other guy. Then you would know that, right? I mean if she left with another guy….”

Grace: “You’d be able to divulge that.”

Abrams: “Yeah! You’d be able to tell us she left with another guy.”

Brodsky: “Well I can’t say what my client told me. That’s privilege.”

Grace and Abram’s also called Brodsky out for a statement made in 2012 after Stacy Peterson disappeared; he joked with fellow attorneys during a press conference, claiming that Stacy was still alive, albeit a “no show” at her husband’s court hearing.

Social media heated up after Brodsky’s statements, with several people commenting on his callous joking about a missing woman and his refusal to divulge information.

#GraceVsAbrams Joel is surely going to hell-he is discussing-your good at conning ppl to. It not a effing joke hope karma hits Joel's world. Scum of the earth you and your buddy lawyers – Stacy who! I feel sick even looking at you. KARMA HOPE TO HEAR ABOUT IT TO

@NancyGrace #GracevsAbrams My other thought, thru the entire show, was there's a special place in hell for those attorneys, Brodsky included, who joked & laughed when asked by press about Stacy. A VERY special place. Right along side the murderer himself.

We're not leaving here until you tell us where her body is! Foh #GraceVsAbrams

Brodsky admitted that he wouldn’t defend Peterson again and indicated he was likely “conned” by the convict in some ways. He also acknowledged that his comments regarding Stacy during the press conference were in bad taste.

Meanwhile, the next “Grace vs. Abrams” airs next Thursday at 11 p.m. on A&E. The two legal analysts are slated to dig into the notorious Chandra Levy case.