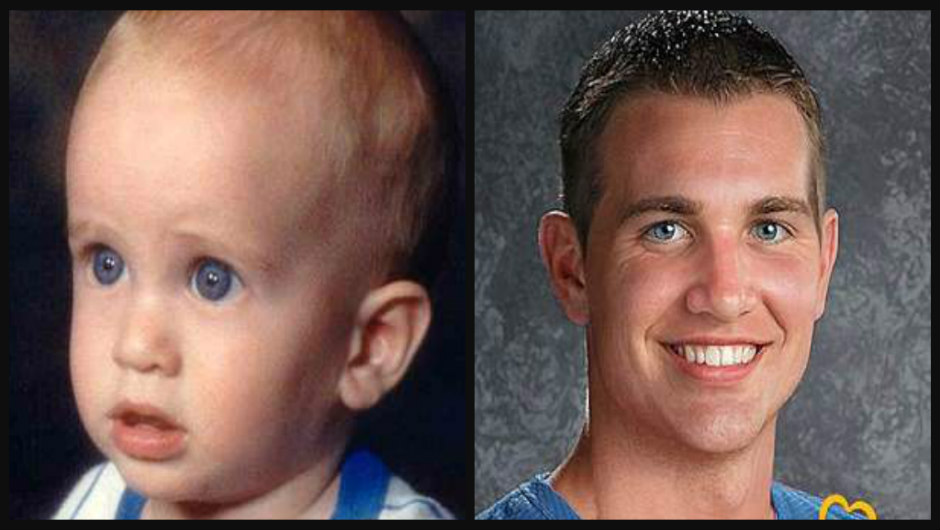 Have you seen this man? NCMEC releases age-progression photo of baby abducted 32 years ago

The National Center for Missing & Exploited Children (NCMEC)  released an age-progression video in hopes the public can identity a man who was snatched from his crib as a baby, 32 years ago in Colorado.

FOX 31 Denver reports that someone abducted Christopher Abeyta from his crib on July 15, 1986, in Colorado Springs. NCMEC released a photo and video of Christopher, depicting what he may look like today. For the past 30 years, the Colorado Springs Police Department have interviewed numerous people in connection with Christopher’s disappearance, but so far none of the leads have panned out.

Christopher is the youngest of seven children and his mother, Bernice Abeyta, never gave up hope of finding him. She passed away from cancer last year. His sister Denise has picked up where her mother left off and continues to search for Christopher.

Tonight, we're releasing a new age-progression of what #ChristopherAbeyta may look like. Do you recognize the face?

He disappeared from his crib on the night of July 15, 1986 in #Colorado. Read a heartfelt letter that Christopher's sister wrote to him 💛 https://t.co/m3xIBF7zXA pic.twitter.com/HELPygbAUu

“We don’t know the young man you have become, but we have an obligation to you. The day you went missing, our parents devoted their lives to finding you,” Denise wrote in an open letter to Christopher. “We don’t know what your fate was that summer night in 1986, but know we have never given up seeking answers. Your kidnapper’s actions changed the course of our lives. ”

“We continue to plea to your kidnapper and those that have information to do the right thing and come forward. And if you were harmed we seek justice. We promise you we will continue.”

At one point, the family was convinced that an acquaintance of the family was the person who took Christopher, but in 2015,  a jury ordered Denise, 15 years older than Christopher, to pay $150,000 to her for defamation. The woman indicated that she had been questioned by the police numerous times over the years but was never arrested or charged in connection with Christopher’s disappearance. The police continue to consider her a person of interest.

According to the Facebook group, “Find Christopher,” however, the woman who the family questioned didn’t get interviewed by police until 28 years later. The group posted a screenshot, detailing how the woman acted strange prior to Christopher’s disappearance, and kept talking about how she wanted a baby of her own.

Christopher was kidnapped in 1986, yet it took 28 years for this witness to be spoken to by Police? "She was just…

The Denver Channel identified the person of interest as Emma Bradshaw, a woman who allegedly had an affair with Christopher’s father. The family indicated that Bradshaw began stalking them shortly after the affair, but Bradshaw filed a defamation lawsuit against Denise after she reportedly shared private information on Facebook.

“If you know Emma Bradshaw, maiden name Manzanares and have spoken to her or her family in the past 26 years about Christopher please call the CSPD Detective at 719-482-7179. If you are friends with her family members, ask them to put pressure on Emma,” a 2012 Facebook post read.

The Denver Post reports that in 2014, Bradshaw indicated that the family’s accusations got her fired from her job after Denise sent a letter to Bradshaw’s former boss, Robert Spicer, on February 13, 2013. The letter stated that Bradshaw had been arrested previously after she allegedly had an affair with another man and reportedly started stalking and harassing him afterward. When the man “wanted to break things off with her, she threatened his children,” the letter stated.