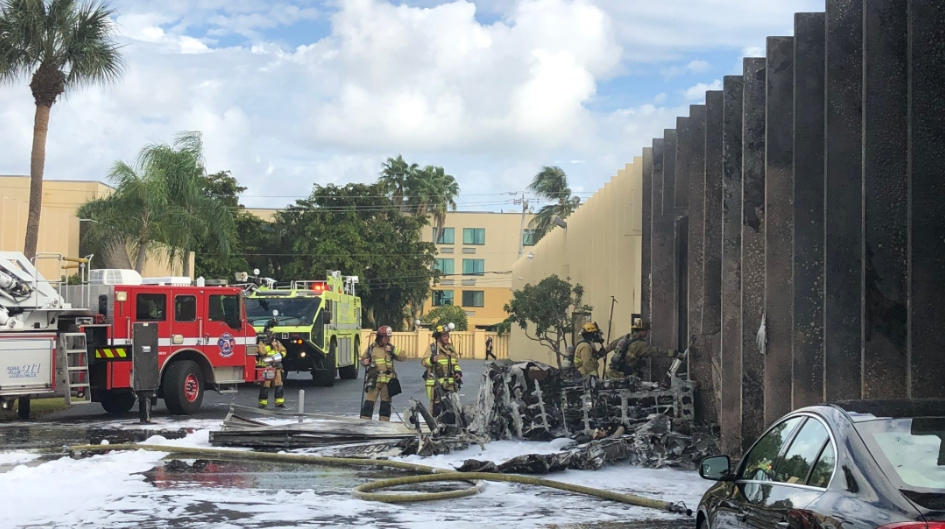 According to authorities in Florida, a pilot and passenger aboard a small private plane were killed after the aircraft crashed into a Fort Lauderdale children’s autism therapy center.

The incident occurred on Saturday afternoon near the Fort Lauderdale Executive Airport, as reported by the South Florida Sun Sentinel.

Though it resulted in a fire at the clinic and led to an evacuation, Fort Lauderdale Fire Rescue Battalion Chief Steven Gollan confirmed no children were injured.

Aside from the deaths of those in the plane, the only other injury was sustained by a teacher as she helped escort children from the building.

Emergency personnel responded to the scene at about 1:30 p.m. and removed the woman from the scene to receive treatment for unspecified injuries.

Firefighters were able to extinguish the blaze shortly after arriving.

B-shift crews did an outstanding job today on a small airplane that crashed into an occupied building. Crews were on scene within 5 minutes of receiving the call and were able to quickly extinguish the fire… https://t.co/F9fGSHcqPf

“B-shift crews did an outstanding job today on a small airplane that crashed into an occupied building,” the agency tweeted on Saturday. “Crews were on the scene within 5 minutes of receiving the call and were able to quickly extinguish the fire.”

A statement from the Federal Aviation Administration indicated the crash occurred shortly after takeoff. The aircraft had been destined to land in Hilliard.

As of Sunday, the names of the casualties had not been released.

#breaking FLFR units onscene of a plane into a building at 1101 NW 62 St. Fire is out at this time. @FTLCityNews pic.twitter.com/1pD4LeRPWz