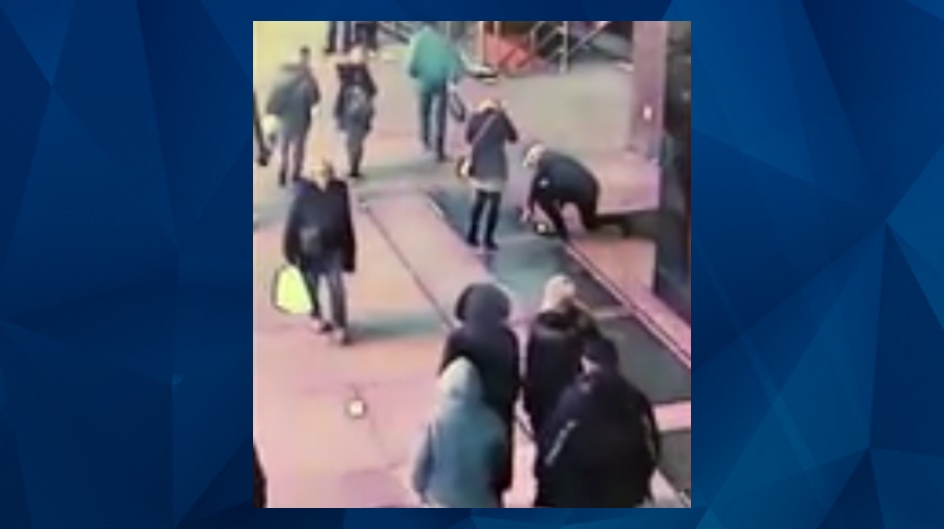 A British couple is breathing a sigh of relief after an otherwise romantic trip to New York City ended with a significant loss.

As the New York Post reported, John Drennan was in Times Square last week when he proposed to his girlfriend.

Instead of placing the ring on her finger, though, the expensive piece of jewelry fell into a storm drain.

The man said he “spent ages trying to find” the ring on Friday, explaining that authorities prevented him from “climbing down the drain” in an attempt to retrieve it.

Police didn’t give up on the task and attempted to retrieve the ring the same night. Officers returned the following morning and were able to find it.

By that time, however, the couple had already left Central Park. Authorities had no contact information for Drennan and his fiancee and staged a public effort to reunite them with the lost item.

WE HAVE YOUR RING!

Help us find the couple who’s marriage proposal went horribly wrong after their engagement ring fell down the drain in #TimesSquare.

“WE HAVE YOUR RING!” the NYPD tweeted on Saturday. “Help us find the couple [whose] marriage proposal went horribly wrong after their engagement ring fell down the drain in #TimesSquare.”

The couple had already returned to the United Kingdom, according to reports, but Drennan caught wind of the news and reached out to the New York Police Department’s Crimestoppers hotline.

In a tweet expressing his relief to have the ring back, he posted that he thought it “was lost forever,” thanking police for their dedication on his behalf.

“Delighted you guys have went above & beyond!” he tweeted. “Thank you!”