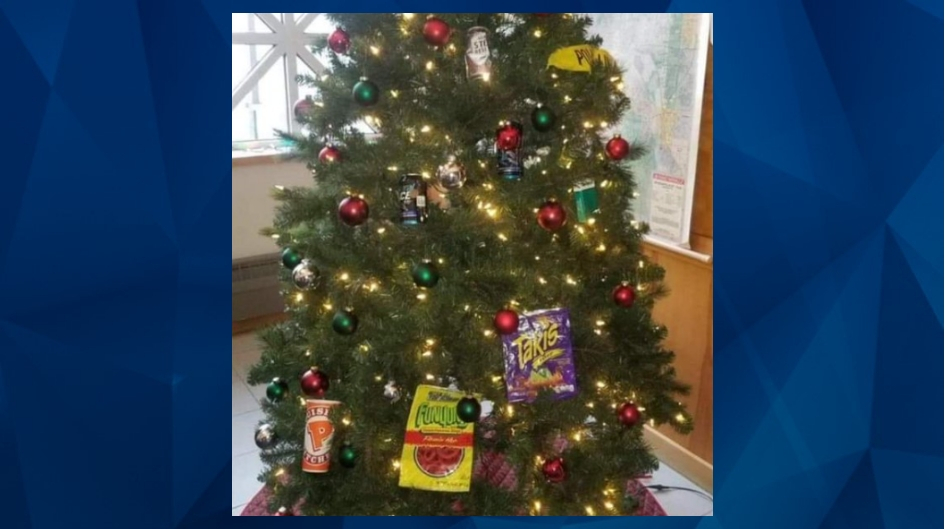 Authorities in Minnesota say two police officers are on leave following a controversy surrounding decorations displayed on a Christmas Tree at a Minneapolis precinct.

According to the Minneapolis Star Tribune, public backlash began to grow after local civil rights leader Ron Edwards shared the evidence of the perceived racism behind ornaments including a pack of Newport cigarettes, a can of malt liquor and a cup from a fast-food chicken restaurant chain.

“It’s a modern-day version of a dog whistle, tainted with racism, specifically against the African-American community,” he said.

After images of the tree began to circulate widely online, Mayor Jacob Frey said on Friday that he found the display “despicable” and “racist,” vowing that the individuals behind it would be “fired before the day is over.”

That initial statement was recanted a short time later by Frey’s spokesman, who said the mayor “recognizes there is a legally required process that must be followed” and “has full faith in [Police Chief Medaria Arradondo] to see that process through in a timely manner.”

In a statement on the matter, Arradondo said the agency has “initiated a full investigation and will make information public when possible in accordance with Minnesota State Statute.”

As of the latest reports available, the two suspended officers were being paid as the internal investigation continued.

“Man, every way I could put it would understate it,” he said.

Ellison said the news was “disappointing” and “deeply disturbing” for him and those in the community.

He urged local law enforcement to “address it further.”

This is a photo of a racist and derogatory Christmas tree at the Minneapolis 4th precinct. @jeremiah4north @CunninghamMPLS @Jacob_Frey We must demand an apology and commitment to build better community relations. This is unacceptable. pic.twitter.com/xNq4CUZUu5