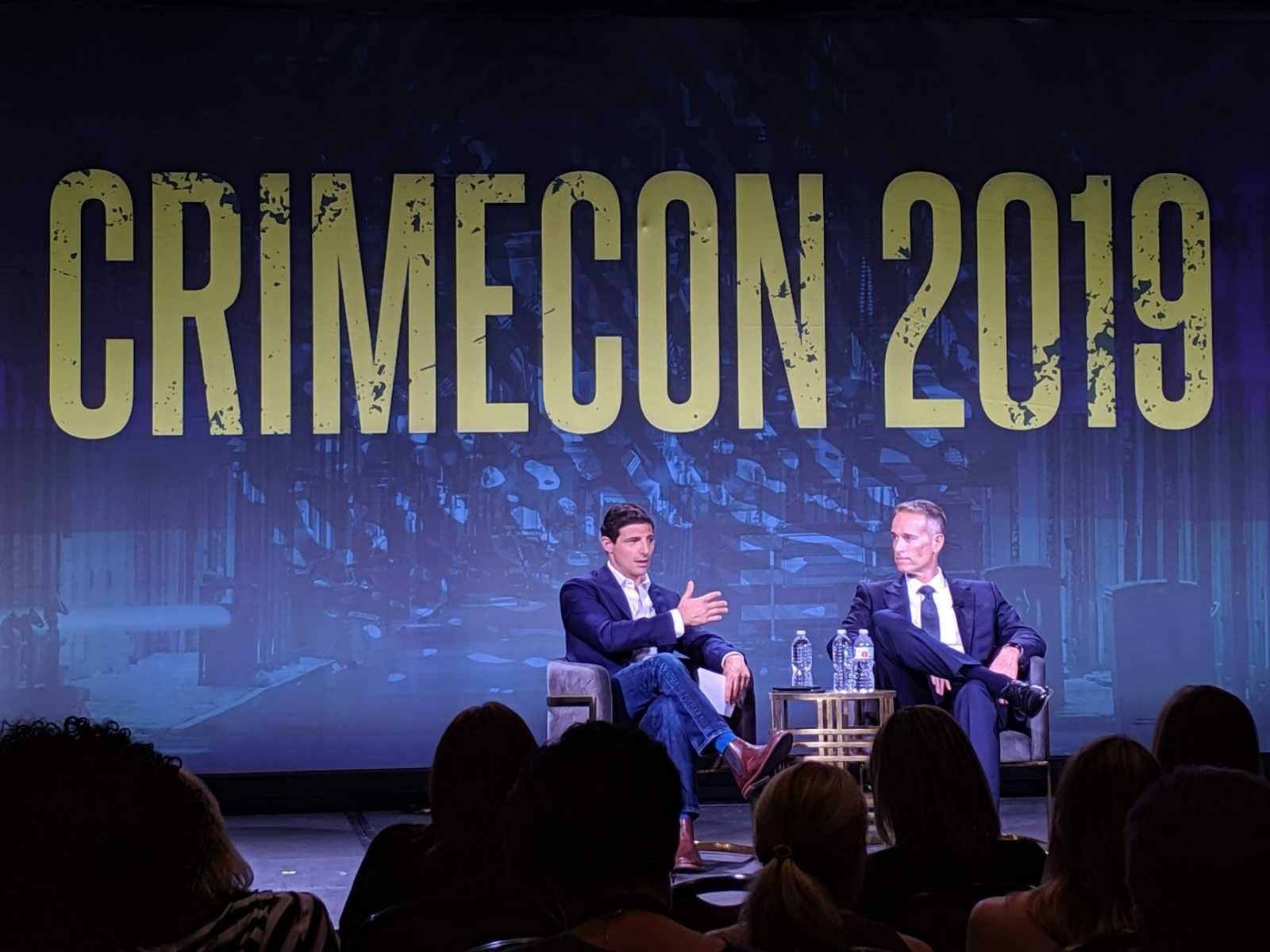 Murder in the OC: From Crime Scene to Conviction at CrimeCon 2019

ABC News’ Chief National Correspondent Matt Gutman took the stage at the 2019 CrimeCon in New Orleans with a renowned Senior Deputy District Attorney for Orange County, California’s Homicide Unit, Matt Murphy, where they shared inside details on some of the most high-profile cases in California.

While speaking to a packed crowd of cheering onlookers, Murphy detailed interesting insights into everything from being in the nitty gritty of a brutal crime scene, murder investigations, interrogations, and the eventual verdicts.

He also touched on the case of convicted California killer Daniel Wozniak, a telemarketer and former actor who murdered two people in 2010, with the goal of taking their money and using it for his wedding.

In 2016, Murphy outlined Wozniak’s twisted murder scheme and successfully helped put him behind bars. Wozniak now sits in a cell on California’s death row, with the likes of demented killers, Scott Peterson and Richard Allen Davis.

It was an honor doing this talk with Matt Murphy, a class act in the courtroom and everywhere else. @ABC2020 @ABCNewsPR #CrimeCon https://t.co/rcmyHbzTDd

The pair also discussed how family members of crime victims wait in the wings during crime investigations, hoping to seek justice for loved ones while putting their faith into the hands of law enforcement. It’s something Gutman found to be the most difficult parts of his career.

“One of the most difficult things to do as a reporter covering these stories is talking to the families of the victims…I also tap into a place of hurt and trauma. My father was killed in a plane crash when I was twelve. I don’t often tell people this but that’s where I go to feel what they feel…you have to let yourself be exposed and vulnerable in order to accept what they’re saying and put yourself in their shoes.”

Murphy agreed. He, too, lived through a tragic experience which made him even more determined to put away criminals and help families.

“I want to let that family know that I’m with them and I’m going to do everything I can to make sure the guy who did it doesn’t get away with it…I had a good buddy who was murdered in law school, so I have a special place in my heart for what these people are going through. And you know, you want to connect with them on a human level.”

Murphy fierce determination resulted in an astounding career. He’s tried over 200 cases and hasn’t lost a single one in over two decades. One of his cases inspired the television series and the podcast, “Dirty John.”

Gutman is an award-winning correspondent praised for his work on numerous crimes cases, including coverage on Trayvon Martin and the BP Oil spill.

For both guys, it’s all about justice for the victims’ loved ones. And the crowd couldn’t have been happier.

Inside #CrimeCon 2019: @MattGutmanABC gives "20/20" a tour of this year's CrimeCon Conference in New Orleans, where thousands of true-crime fans converge to mingle with the real-life stars and storytellers in the genre. #ABC2020 #CrimeCon pic.twitter.com/G2gFb77dgn