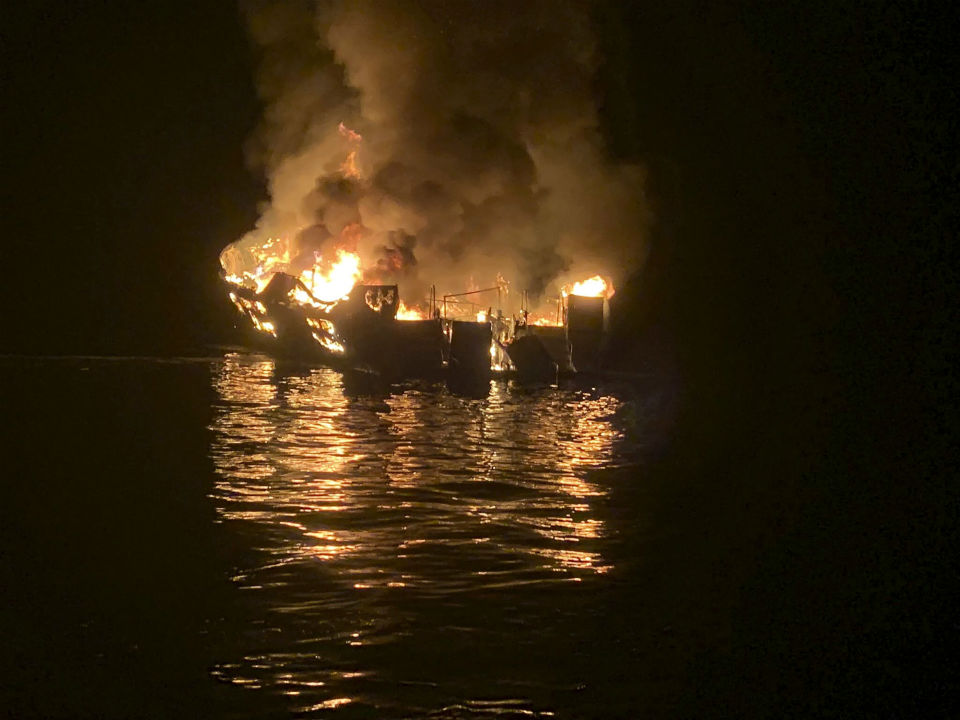 The Coast Guard has suspended the search for possible survivors of a commercial dive boat fire off the coast of southern California.

The Associated Press reports that all 34 passengers are now presumed dead as authorities suspended the search without locating any survivors.

BREAKING: The Coast Guard has suspended the search for survivors of the California boat fire; no one found alive among 34 missing. https://t.co/vRm3EDF4VI

As CrimeOnline previously reported, searchers had located 25 bodies as of Tuesday morning, but recovered only 20 of those bodies due to unsafe conditions below the vessel.

Santa Barbara County Sheriff Bill Brown told the Associated Press that searchers recovered the remains include 11 females and nine males; and that DNA testing would be used to identify the victims.

As CrimeOnline previously reported,five crew members who were able to jump from the vessel as it caught fire told the owners of a pleasure boat who aided in their rescue that the crew and passengers had celebrated three birthdays the night before the fire, including that of a 17-year-old female passenger.

One crew remember was reportedly in tears during the rescue, and told the boat owners that his girlfriend was still below deck as the boat was consumed by flames.

Authorities are continuing to investigate the cause of the fire.