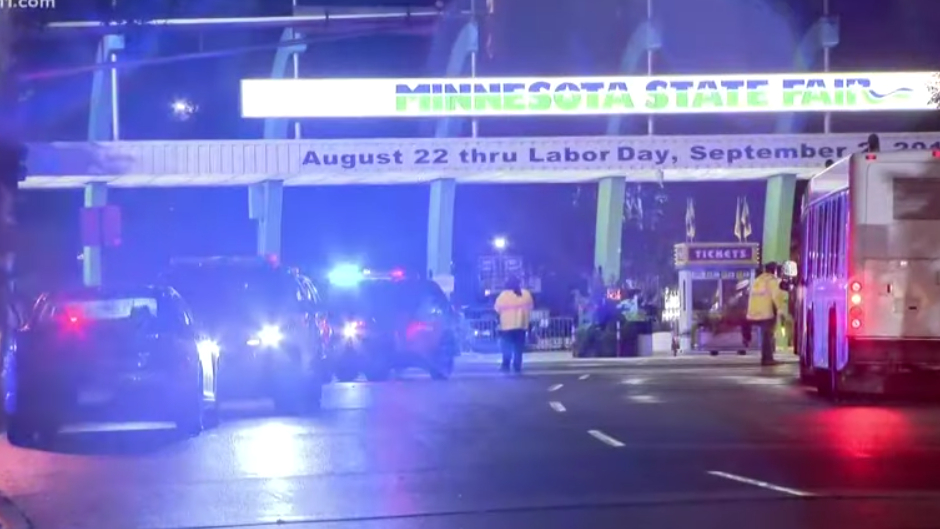 Three people were shot and a woman was hit by a car outside of the Minnesota State Fair on Monday night, according to reports.

WCCO reported that the two incidents occurred outside the fair’s main gate at around 10 p.m. Witnesses told the news station that a fight broke out moments before the 19-year-old woman was hit. She’s said to be in critical condition.

The driver who hit the woman reportedly stopped but took off after bystanders kicked and hit his vehicle. Police said he drove a short distance away, pulled over, and called 911.

We are investigating a pedestrian crash and shooting that occurred outside of the main gate of the Minnesota State Fair. One person confirmed shot, condition unknown at this time.

More information will be shared when available. pic.twitter.com/xEa8QLsdxq

Authorities reportedly overheard gunfire in the area around the same time as the pedestrian-involved accident. The news station reported that officers found a wounded man a block away from the wreck, and two other men with gunshot wounds arrived at the hospital shortly thereafter.

According to WCCO, two of the victims were 20-year-olds—one who was shot in the groin and the other in the hand—and the third was an 18-year-old who suffered a shoulder wound. All three are expected to be OK.

Law enforcement hasn’t identified a shooter. No arrests have been made.