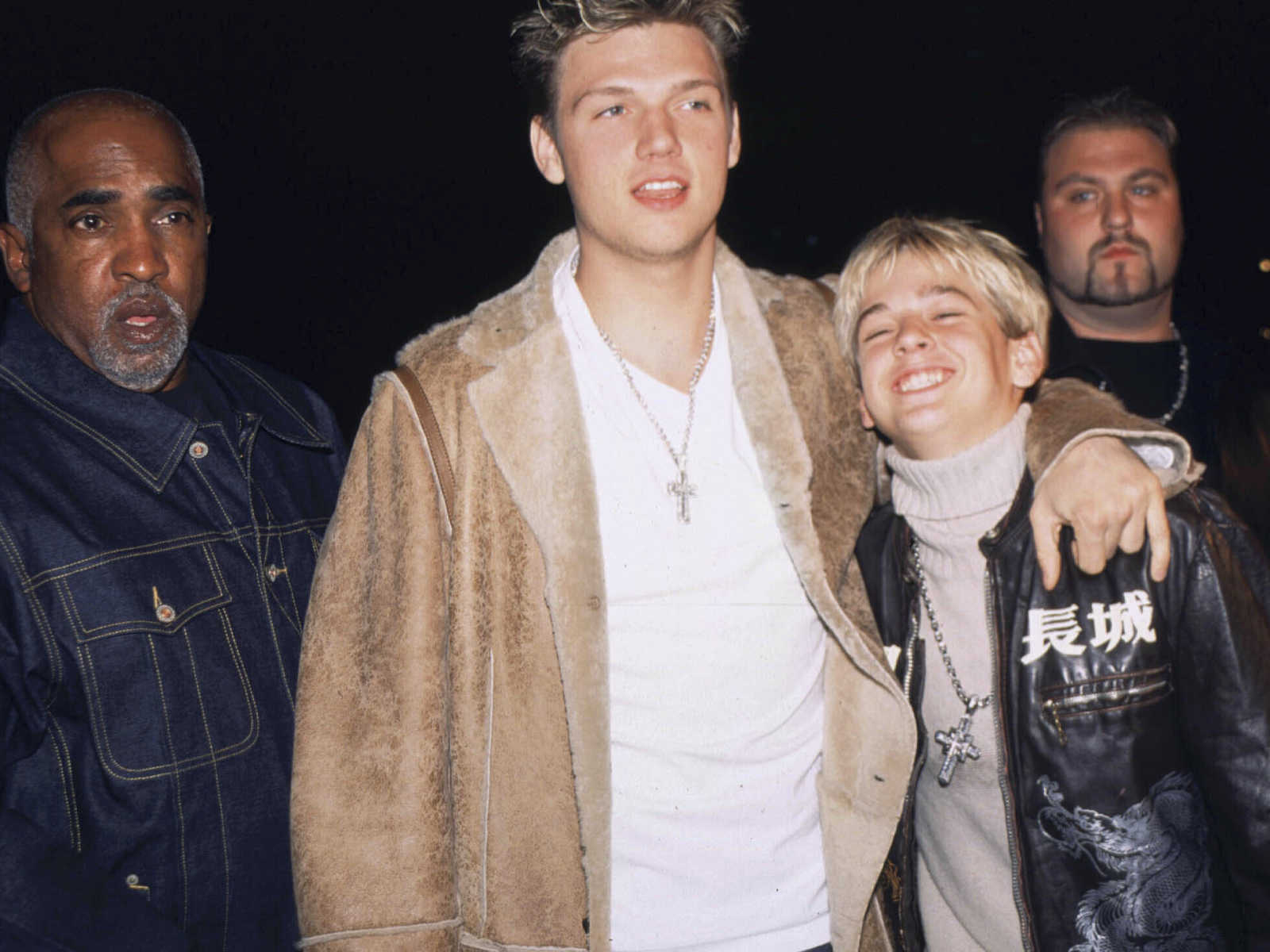 Last week, Backstreet Boys singer Nick Carter and his sister filed a restraining order against younger brother Aaron Carter after he allegedly said he “harbors thoughts and intentions of killing my pregnant wife and unborn child.” The public announcement has apparently set Aaron off on a social media tirade, fueled with accusations of rape, physical abuse and emotional abuse.

As CrimeOnline previously reported, on Thursday afternoon, 31-year-old Carter took to Twitter and posted that not only did his sister, who passed away in 2012, sexually assault him but that his brother Nick Carter abused him his “whole life.”

“My sister raped me from the age of 10 to 13 years old when she wasn’t on her medications and I was absused not only sexually by her but by my first two back up dancers when I was 8 years old. And my brother absused me my whole life.”

Shortly after the feud, videos popped up on Twitter that showed Aaron Carter with what appeared to be assault rifles.

“I’ve been fighting fire with fire, something I still need to work on,” Aaron explained over Twitter. “Some have pointed and laughed, but many many more have shown genuine support for what I’ve been vulnerable enough to share.”

On September 18, shortly after learning Nick filed a restraining order, Aaron tweeted that he had voluntarily given authorities two of his rifles to show his “good faith and cooperation with law enforcement.”

Nick Carter, who’s expecting his second child with wife, Lauren, reportedly beefed up his security in response, according to US Weekly.

“Nick has beefed up security,” an unnamed source reportedly told the outlet. “There is definite concern for Lauren [Nick’s pregnant wife] and this situation has been very stressful for her. She’s very close to her due date but because of what happened previously with her pregnancies and the stress, they just want the baby to get here safely and there is concern that because of the stress she will go into early labor.”

Aaron Carter also called his brother a “serial rapist” and announced that he sided with Melissa Shuman, a former girl band singer and actress who accused Nick Carter of raping her. Los Angeles prosecutors later dropped the charges against Nick after Schuman filed a complaint against him.

Shuman tweeted that Nick and his sister, Angel, filed a restraining order against Aaron Carter the day after he did a live social media stream with her.

If the alleged conversation with Angel & Aaron occurred in the 7th of August why did Nick & his family wait until the day after Aaron & I livestreamed to file a restraining order? That’s over a month later! #coverup #metoo #retaliation https://t.co/CdmTfLR2Zr

Aaron Carter is now asking for privacy to “let the legal system do their thing,” yet on Sunday, he accused his brother in an Instagram post of raping a 91-year-old woman named “Mildred.”

Hey @fbi my brother raped Mildred and told me in confidence in his pick up truck she was 91 years old and my brother told me he covered her mouth so no one could hear her scream. Put me on a polygraph machine please @fbi my mother knows she was taking care of two elderly women who were on hospice Mildred and opal who my mother was keeping alive. @fbi what are you gonna do about that!? NOTHING! ? I’m REPORTING A RAPE FROM NICK ON SN ELDERLY WOMEN WHO WAS DYING AND WAS 91 that he raped. Strap nick up to a polygraph machine and a really good one please. @fbi

“Hey [FBI] my brother raped Mildred and told me in confidence in his pick up truck she was 91 years old and my brother told me he covered her mouth so no one could hear her scream. Put me on a polygraph machine please [FBI] my mother knows she was taking care of two elderly women who were on hospice Mildred and opal who my mother was keeping alive.”