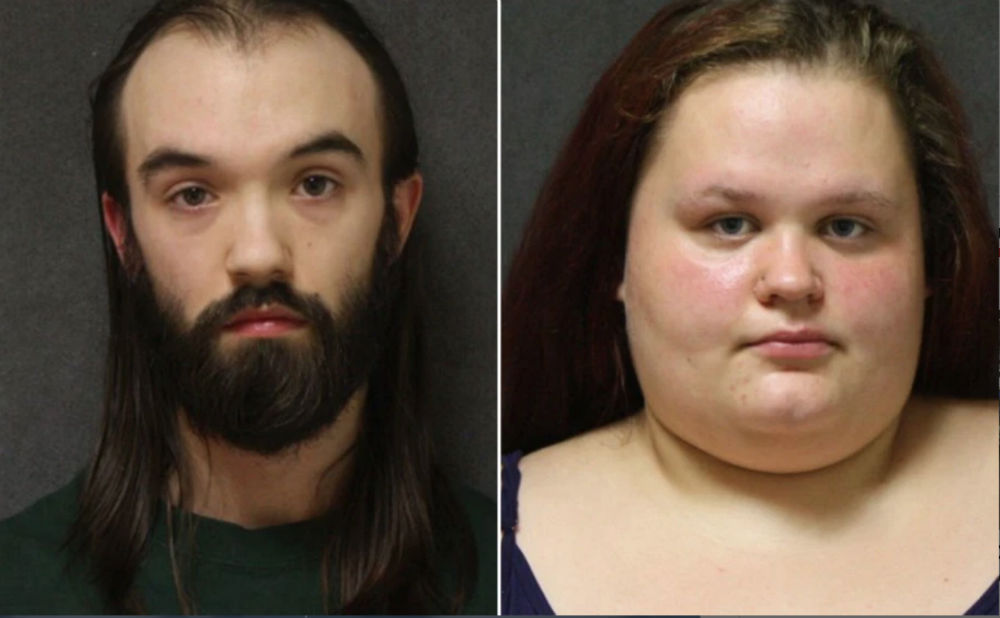 A father and an aunt were arrested in Connecticut on Wednesday after eyewitnesses saw a 2-year-old boy walking alone on the roof of a home, wearing only a shirt and diaper or underwear.

WFSB reports that police in Ansonia responded to the home on Main Street following reports of the toddler boy walking on a roof with no barriers on Wednesday morning.

According to the report, officers were able to convince the boy not to walk beyond the edges of the roof while officers entered the home in order to rescue him.

The boy’s father, 23-year-old David Hustek, and aunt, 20-year-old Sarah Barker, were reportedly asleep in the home, unaware that the toddler was alone on the roof.

“They were both sleeping. Actually when the officers forced entry they woke them up. That’s what alerted them to the situation of the child being out on the roof,” Ansonia Police Lt. Patrick Lynch told the news outlet.

A witness provided the news station with dramatic Snapchat video of the boy toddling around, reportedly about 30 feet above the ground.

#EXCLUSIVE: Eyewitness video shows a toddler walking around on the roof of a home in #Ansonia today. We'll have more on Ch. 3 starting at 4:30: https://t.co/q9ZkEpcTFH pic.twitter.com/BGI5qCD2zs

Hustek and Barker were both arrested and are facing charges of first-degree reckless endangerment and risk of injury to a minor.

According to NBC Connecticut, police found the home to be in deplorable condition, and reported it to the city building agency, which has since condemned the home.

The child was taken to a hospital as a cautionary measure. Hustek and Barker are prohibited from having unsupervised contact with the child, and it is unclear where the child is currently living.

Both suspects were ordered held on $10,000 bond and are next due to appear in court on October, according to the NBC Connecticut report.