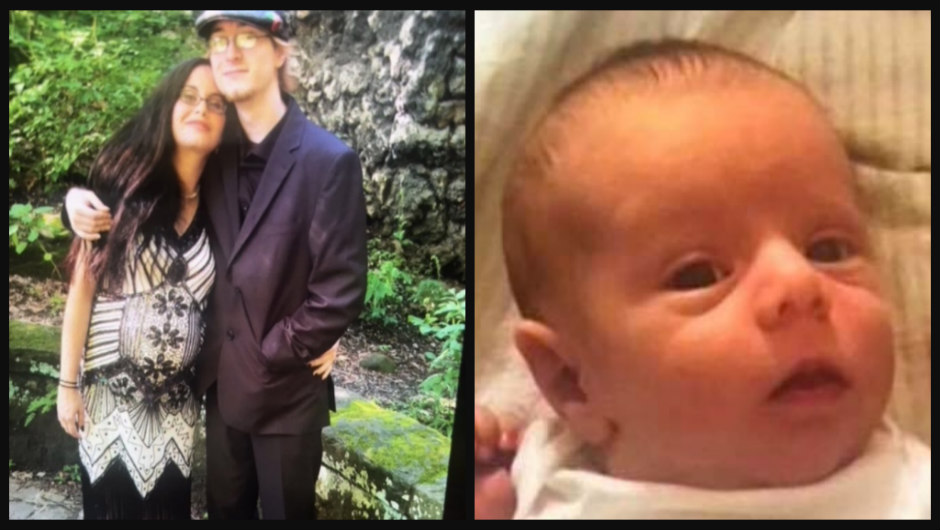 Pennsylvania authorities are searching for a 7-week-old infant who disappeared from a Washington hospital on Thursday.

CBS Pittsburgh reports that police said the parents of Ambrose Klingensmith took him from the Children’s Express Care hospital in Washington County before doctors could finish treating him. Doctors said that the baby showed signs on physical abuse, including fingermark bruising and stomach trauma. Jeannette Funnen, 32, and Daemon Klingensmith, 23, are wanted in connection with the infant’s disappearance.

Authorities said 3-year-old Makias Palmer may also be with the parents. He has dirty blond hair, according to Action News 4.

Thee suspects may be in a gold/silver 2001 Buick Century with Pennsylvania license plate number, LBD6681. The couple could possibly be on their way to Florida. The car was last seen traveling south on Route 19  and McMurray Road in Washington County, at around 1:45 p.m.

Funnen reportedly had suicide attempts during her last two pregnancies. She’s described as a white female who stands 5-feet-3-inches tall and weighs around 150 pounds. She has long brown hair and brown eyes. She wears glasses.