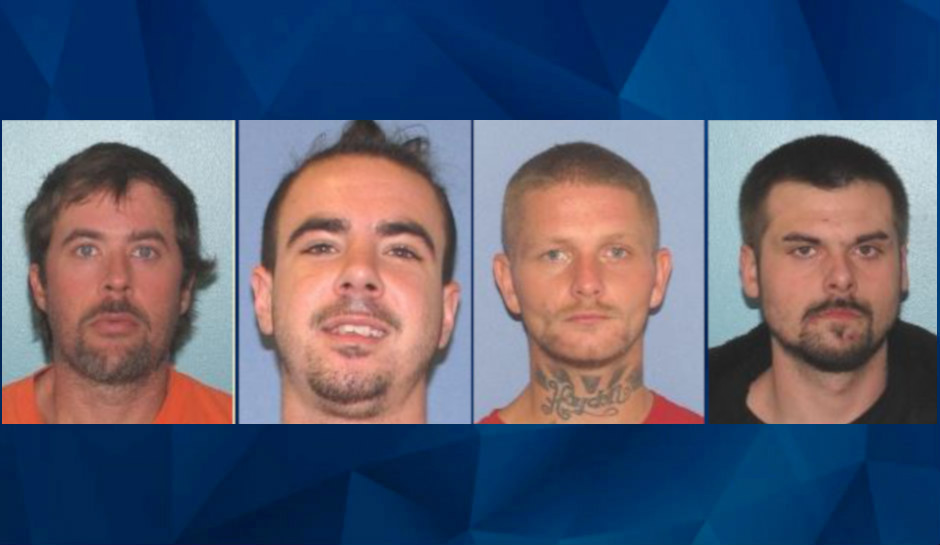 ‘Extremely dangerous’ inmates escape southeastern Ohio jail. At least one may be 240 miles away

It was the third escape from the facility since August, WCHS reported.

Gallia County Sheriff Matt Champlin said the inmates used a homemade weapon to overpower their jailers and then forced open a secured door and made their way into the jail’s administrative wing, where they stole a corrections officer’s car keys. They drove that car a block away and exchanged it for a car waiting for them there.

The getaway vehicle was found in the Greenburg, Pennsylvania, area outside Pittsburgh about 240 miles northeast of Gallipolis, where the jail is located. Pennsylvania State Police said they believe at least one of the escapees, identified as Christopher M. Clemente, was in the area near Westmoreland Mall.

In addition to Clemente, 24, Gallia County named the escapees as Brynn K. Martin, 40; Troy R. McDaniel Jr., 30; and Lawrence R. Lee III, 29. Martin was previously involved in an escape on September 3, and Clemente escaped in August. Both were recaptured quickly at the time.

Champlin told reporters at a news conference that Gallia County’s jail is outdated and understaffed. He said two male corrections officer schedule to be on duty Saturday night called out sick, and three more of the nine full time officers at the facility are off work because of on-the-job injuries.