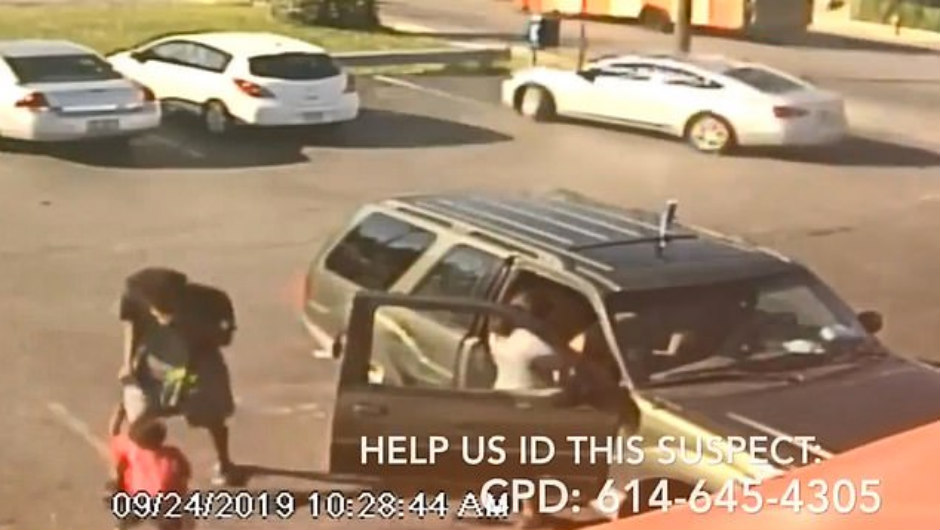 Father whips tot boy at least 35 times with extension cord, then leaves him in car alone to go shopping [Police]

Shocking surveillance footage from a store parking lot in Ohio helped lead to the arrest of a man accused of abusing his toddler son.

ABC News reports that clerks inside an IGA store in Columbus contacted police after witnessing the man whipping a small boy at least a dozen times with what appeared to be an electrical cord on September 24. Police released parts of the video in hopes that someone would recognize the man.

It worked. The video quickly went viral and within less than 24 hours, a suspect was in custody after numerous called poured in to the Columbus Police Department.

“The fact that so many people called in so rapidly, it was incredible,” Andre Edwards, a detective with the special victims unit, told ABC 6. “I couldn’t have asked for a quicker response.”

Robert Lee Slocum, 27, turned himself shortly after authorities shared the video. According to Edwards, the video was so graphic that it even disturbed the suspect.

“[Slocum] saw the video and admitted it was very disturbing … he did appear to be extremely remorseful.”

While corporal punishment is legal in Ohio, authorities said what Slocum did was excessive and qualified as assault.

“[Slocum used] some type of a cord and it looks like it’s to bare skin … The force that was used, it’s almost unacceptable. I don’t know what the kid could have done. It’s excessive,” Edwards said.

We've learned 27yo Robert Lee Slocum Jr. has been arrested & charged w/Assault, Domestic Violence & Endangering Children – that's for allegedly striking his 3yo son outside the IGA on Parsons. We showed you the surveillance 🎥 Tues. on @wsyx6 & @fox28columbus. PD say kid is safe. pic.twitter.com/sPlez239fT

After allegedly beating the boy, Slocum is accused of leaving him inside a car while he went shopping with the boy’s mother and their three other children. The boy’s mother is not currently facing any charges as of Thursday.

Slocum was arrested and charged with child endangering, assault, and domestic violence. A judge ordered Slocum to stay away from the child he’s accused of beating and have no unsupervised visits with anyone under the age of 18.

All of Slocum’s children are now safe and in the custody of Franklin County Children’s Services.