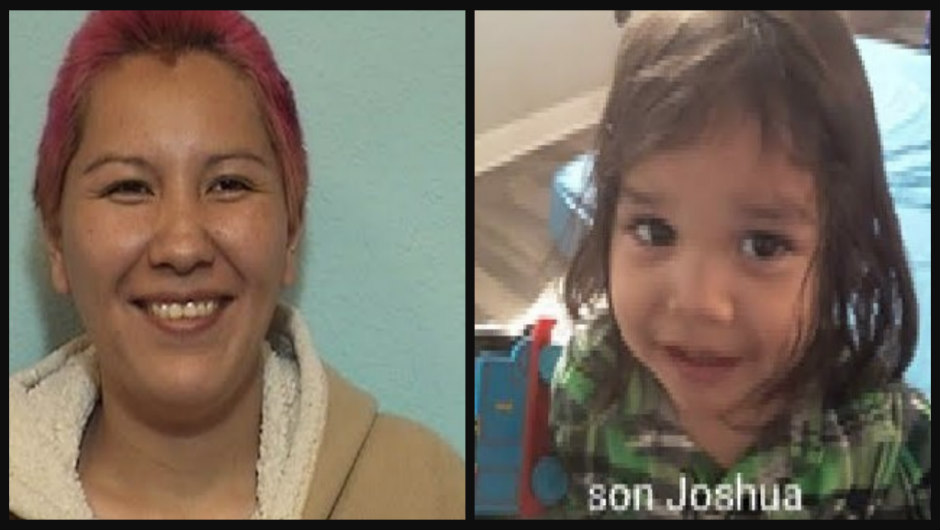 New Mexico authorities are searching for a missing mother and son who may have encountered the woman’s former boyfriend, who is the subject of a temporary restraining order, KOB-TV reports.

Police in Albuquerque on Friday issued a missing person’s alert for Belinda Valdez and her young son, Joshua Chester Valdez.

The mother and son were last seen on Thursday evening outside her apartment, which is at 5608 Eastern Avenue on the city’s southeast side in a neighborhood densely populated with apartment buildings. A shopping center, school, and hospital are nearby.

Investigators believe Belinda Valdez’s ex-boyfriend, Joshua Chester, may have been trying to pick up his son at the time of the disappearance.

Chester had a temporary restraining order issued against him, according to the Albuquerque Police Department.

Officers have been advised that Belinda Valdez has a mild learning disability.

Albuquerque is New Mexico’s largest city. It is currently hosting an international hot air balloon festival, which brings in nearly 1 million people to the southwest state, according to Albuquerque Business First. That event may be diverting attention from this missing person’s case, which has received local coverage from only one television station thus far.

To report any information about this situation, call the Albuquerque Police Department’s Missing Persons Unit at 505-242-2677.