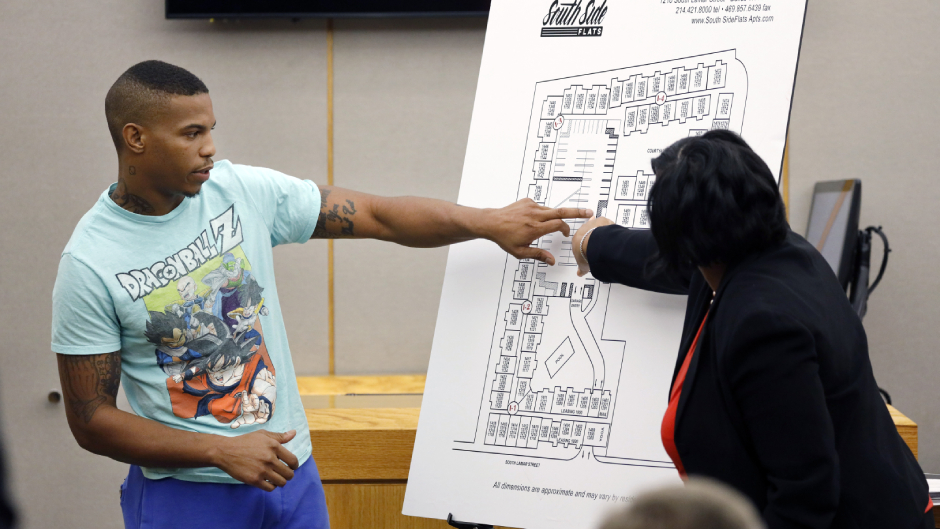 ‘Assassinated’ witness in Botham Jean trial was to testify against police department in upcoming lawsuit: Report

A $105,000 reward is being offered for information that leads to the arrest of Joshua Brown’s killer or killers

Botham Jean’s neighbor, who was gunned down shortly after he testified against jailed ex-officer Amber Guyger, was reportedly slated to testify against the police department for an upcoming civil lawsuit.

Joshua Brown, 28, was reportedly shot to death on Friday in an ambush attack outside his Dallas apartment. Authorities haven’t identified a suspect or motive—but Brown and Jean’s attorney, Lee Merritt, told CBS News that he would’ve been their key witness for a lawsuit Jean’s family has filed against the Dallas Police Department.

“To have a key witness, suddenly be killed is suspicious. Was this related to the trial? There is no clear indication,” Merritt mused, adding that Brown should’ve been protected after he testified in the high-profile murder trial.

Dallas County, the City of Dallas and others will work to ensure a transparent and thorough investigation of the murder of Joshua Brown. Mr. Brown was not shot in the mouth or head but was shot more than one time. Many career professionals are hard at work on this case.

In November, Brown was wounded in the foot during a shooting outside a Dallas nightclub that left a man dead, according to The Dallas Morning News. Brown Merrit told CBS that after being wounded, Brown feared that people might want to harm him if he testified against Guyger.

The Fort Worth Star-Telegram reported that officers discovered Brown with injuries to his lower body in the parking lot of the Atera Apartments. He was pronounced dead at the hospital.

The Friday night shooting that left Brown dead occurred at a different apartment complex where Guyger, 31, fatally shot Jean last year. CBS reported that witnesses overheard a succession of gunshots and spotted a silver four-door sedan speeding out of the parking lot.

According to CNN, Merritt said Brown moved out of the Southside Flats after the fatal shooting and that he was apprehensive about testifying in the widely-publicized murder trial. He claimed “nothing was taken” from Brown and that his killer was “waiting for him when he got home.”

The attorney wrote on Facebook, “Brown lived in constant fear that he could be the next victim of gun violence, either state-sanctioned or otherwise.”