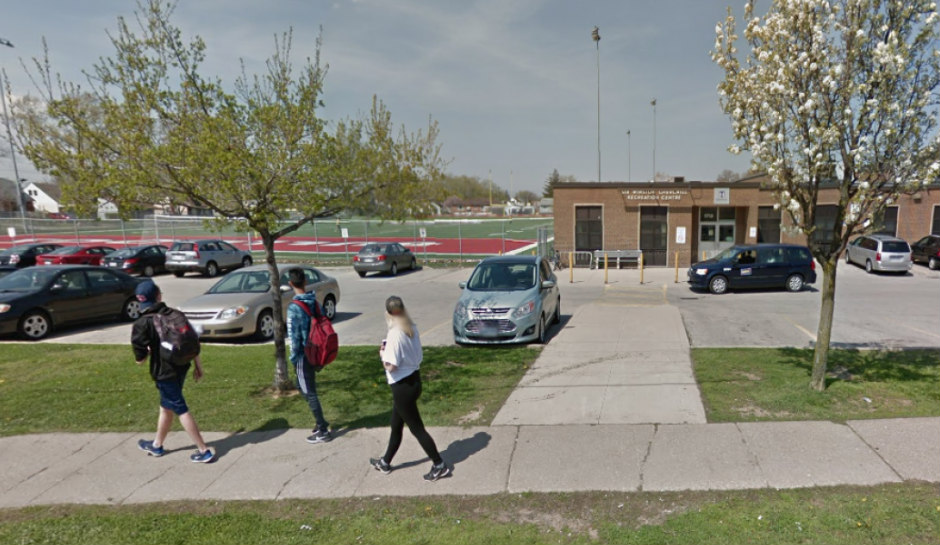 Two high school teens are facing first-degree murder charges after they allegedly stabbed another teen to death while his mother watched in horror.

CBC reports that the incident happened outside of Sir Winston Churchill Secondary School in Hamilton, a city in Ontario, Canada, at around 1:30 p.m. According to police, the victim’s mother was with him when the attack occurred. Several other people, including students, also witnessed the attack.

The victim, identified as 14-year-old Devan Selvey, was rushed to Hamilton General Hospital with numerous stab wounds but subsequently passed away.

Police located the alleged murder weapon, a knife, close to the crime scene, according to CP 24.

“At this point, I can tell you that we are satisfied based on evidence that there is some element of pre-planning… and premeditation to this homicide,” Sgt. Steve Bereziuk of the Hamilton police said on Tuesday.

Kandace Brenn, a neighbor of the victim, told CBC that the boy was having a difficult time in high school and had been bullied and teased. Brenn said she wasn’t sure, however, if bullying played a part in the attack.

“I’m not going to comment on… the relationship between the victim, the accused. It is something we continue to investigate right now,” Bereziuk added.

The attack was captured on video, which led to the arrest of an 18-year-old and a 14-year-old student. Court documents indicate that the suspects were taken into custody on Monday and charged with murder. Another male student was questioned but subsequently released.

On Tuesday, two additional suspects, identified only as a 16-year-old male and 16-year-old female, were taken into custody on Tuesday. It’s unclear what the pair have been charged with.

Meanwhile, the victim’s mother, who tried in vain to save her son after the incident, is “devastated,” according to police.

“She’s witnessed something horrible here,”  Bereziuk said, according to The Hamilton Spectator. “She is devastated.”

Under the Youth Criminal Justice Act, the names of the suspects cannot be released.

Alice Smith spoke with a woman she believes tried to help the young boy who died today. Smith says the woman couldn’t stop crying. Smith says she also has a message for any kids who are afraid. “They can come to my door and I will let them in.” #HamOnt pic.twitter.com/YaP9c2UUhu

The investigation is ongoing. Anyone with information is urged to command van at Ivon Avenue and Dunsmure Road, contact police at  905-546-4123, or contact CrimeStoppers at  1-800-222-8477 or crimestoppershamilton.com.