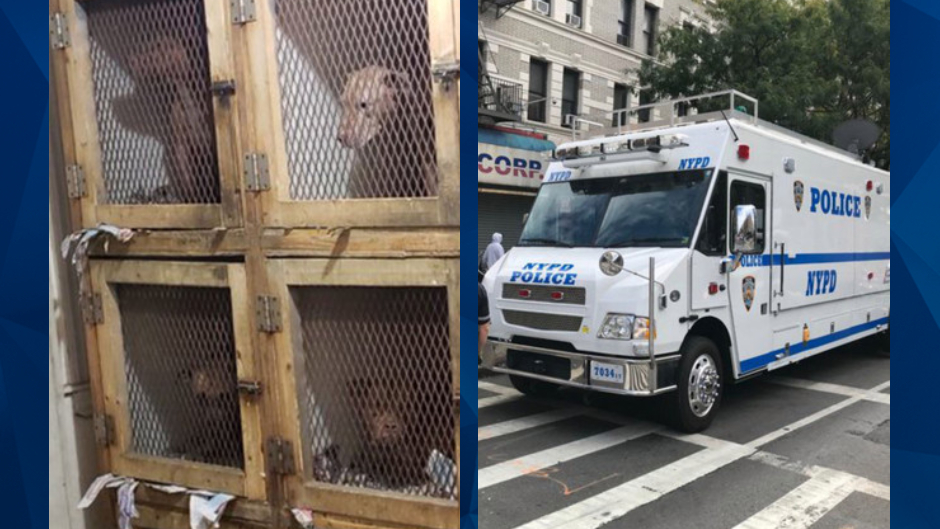 Authorities in New York rescued a total of 28 canines on Thursday during coordinated busts of suspected dog-fighting rings.

The New York Daily News reports that the NYPD raided a home in Uniondale, Long Island, and a location in Washington Heights, Manhattan. Sources told the outlet that a third location in Manhattan was also involved in the alleged dog-fighting ring which stretched from Manhattan to Long Island.

The ASPCA and NYPD confirmed to the Daily News that pit bulls injected with performance-enhancing drugs were among the 28 dogs rescued during Thursday’s raids. Residents told the news outlet that they saw officials in hazmat suits swarm a two-story Uniondale home at around 10 a.m.

Pleased to report that today our Animal Cruelty and Grand Larceny detectives, along with our partners at the @ASPCA, rescued 28 dogs as part of a large-scale animal cruelty investigation. pic.twitter.com/Wdi4w98ZXa

Authorities said the raids were part of a large-scale investigation, but they declined to disclose additional details, according to WABC. Speaking with Newsday, a law enforcement source said investigators discovered weights and treadmills which they suspect were used to prepare the dogs for fights.

Sources told the New York Post that one person was arrested during the bust in Uniondale. Additional arrests are reportedly expected.