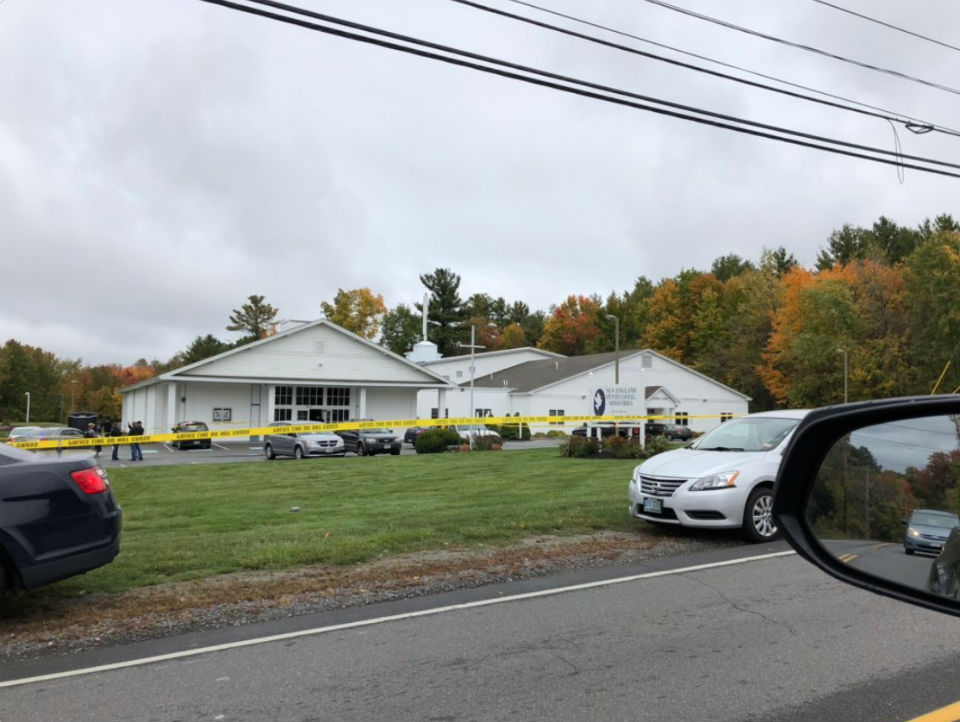 According to the New Hampshire Union Leader, funeral services for Luis Garcia were to be held at the church at noon. Garcia was reportedly an ordained minister, and was fatally shot on October 1 in Londonderry.

Brandon Castiglione, 24, of Londonderry, was previously arrested and charged with second-degree murder. The suspect and the victim were reportedly known to each other, and Garcia’s family told the news outlet that the minister had tried to help Castiglione.

Authorities have not yet identified a suspect and there is no word on injuries.

According to WHDH, a shooter is in custody. The suspect has not been identified. A memorial service had reportedly been scheduled to begin at noon.

All information is preliminary.

The NYPD Chief of Counterterrorism said in a Twitter post that the department is monitoring the reported shooting in Pelham.

We are closely monitoring the shooting incident at the New England Pentecostal church in Pelham, NH. pic.twitter.com/yQ9moBYsWg

Multiple people have been shot at a church in New Hampshire, according to local news outlets.

A reporter for WHDH posted a video on Twitter of police outside of a church in Pelham, New Hampshire. According to the Boston Herald, the church involved in the shooting is the New England Pentecostal Ministries, and four people have been reported shot.

It is unclear if there are any fatalities.