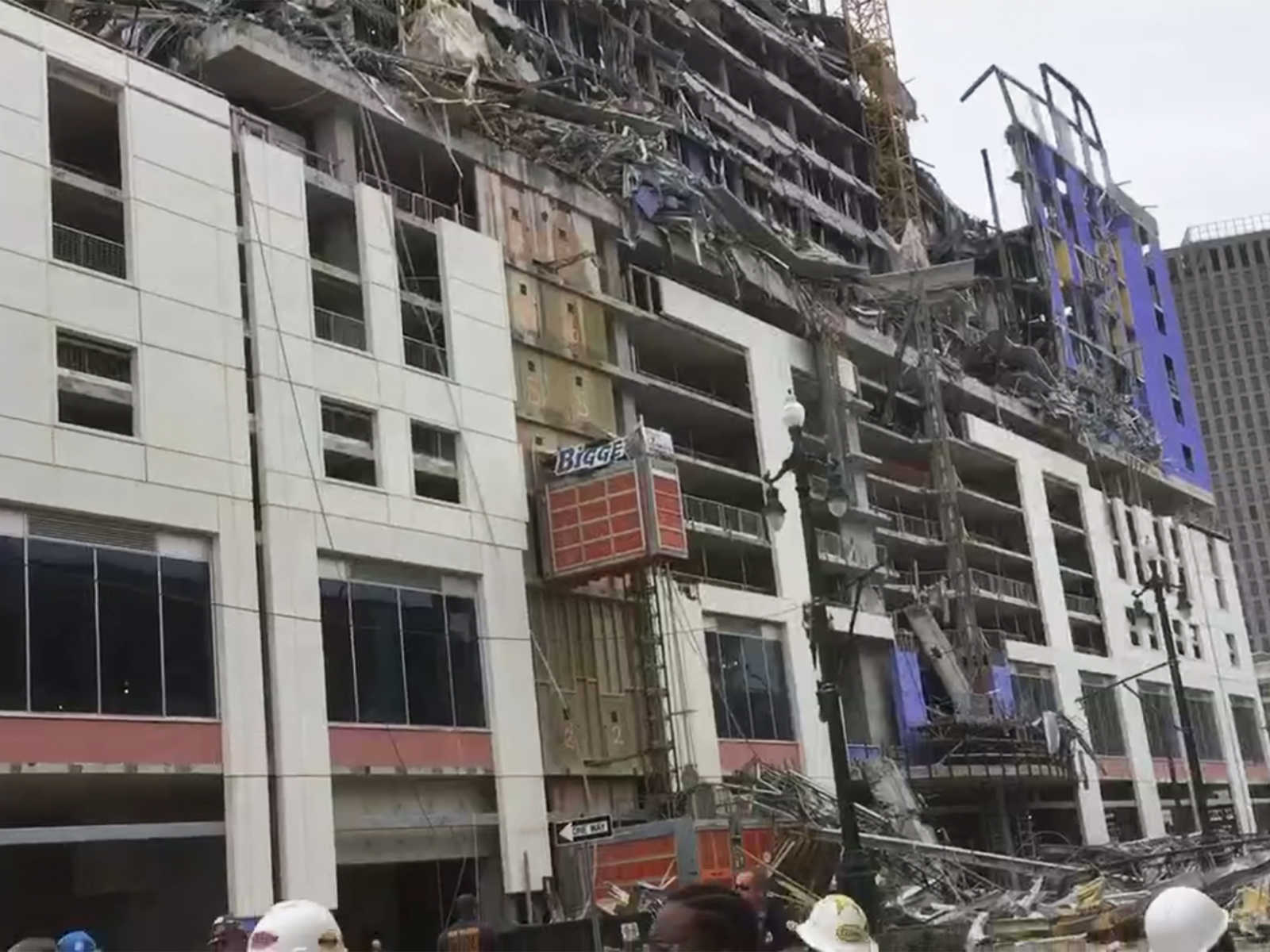 Authorities halted the search Saturday evening for two people still missing in the collapse of the under construction Hard Rock Hotel in New Orleans, according to NOLA.com.

One person was killed in the collapse. A third person who was believed missing turned up at an area hospital, officials said.

Forty-five people were inside the structure when several top floors of the 18-story structure began to crumble Saturday morning, pancaking into each other and dumping debris onto the streets of the city’s historic French Quarter.

New Orleans Fire Department Superintendent Tim McConnell said the search was stopped at about 7 p.m. because the entire structure and a 270-foot construction crane were too unstable to continue. He said workers knew the approximate area where the missing workers are expected to be and will work out a safe way to reach them.

McConnell also said the was a “very strong possibility” of further collapse, but it wasn’t clear how that would affect the search and rescue efforts.

Nola.com reported that McConnell said during a Saturday morning news conference that 18 people were taken to the hospital, and all appear to be in stable condition.

#Alert the @NOLAFireDept, @NewOrleansEMS & @NOPDNews are responding to a partial structure collapse at Canal & N. Rampart. This is an active scene. Please avoid the area & listen to public safety officials. ⚠️

The collapse happened without warning; numerous construction workers were seen fleeing the area in a video caught by a bystander.

Officials said that six to eight floors in the hotel’s upper area collapsed, although it’s still unclear why.

“It sounded like a — I don’t know how to describe it — like a building coming down,” Matt Worges, who studying nearby at Tulane University, told Nola.com “It was a deep, rumbling sound. Like an airplane maybe. It drew my head immediately.”

Several other buildings in the area have been evacuated and more evacuations are underway.