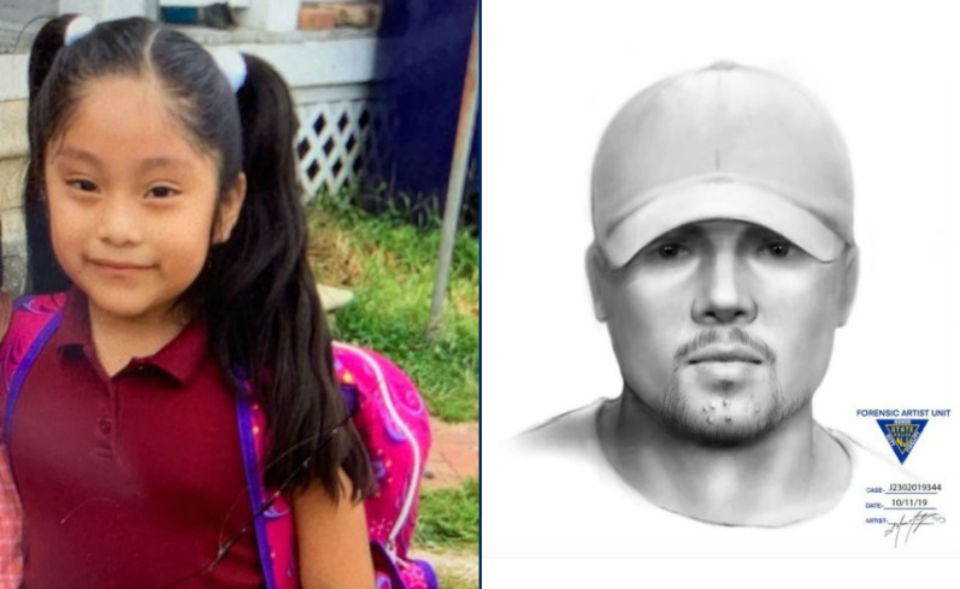 Authorities in New Jersey have released a sketch of a man police want to speak to in connection with the disappearance of 5-year-old Dulce Alavez.

NJ.com reports that police created the sketch after a witness came forward with a new description of a man who may have been seen at Bridgeton City Park the day Dulce vanished over four weeks ago. Authorities reportedly said this witness is not the child who provided a description of a possible suspect that was included in an AMBER Alert issued on September 17. Days later, law enforcement officials declined to characterize that man as a suspect and said they only wanted to speak to him.

According to the report, the man is described as being Hispanic, in his early 30s, 5 feet 7 inches tall and with a slim build. He was reportedly wearing blue jeans with a white T-shirt and a white baseball cap. He was also reportedly seen with one or two children under the age of five.

Cumberland County Prosecutor Jennifer Webb-McRae told the news outlet that the man is not considered a suspect or a person of interest.

“He is simply a possible witness we want to speak with at this time,” the prosecutor said.

“We are asking this person (or anyone who may recognize him) to come forward as investigators wish to speak with him as it is believed that he may have information that is helpful in determining the circumstances that led to Dulce’s disappearance.”

Anyone with information is urged to contact Bridgeton Police Department at 856-451-0033. You can also share information anonymously by texting TIP411 subtext Bridgeton.

As CrimeOnline previously reported, authorities are offering a reward of $52,000 for information leading to Dulce.