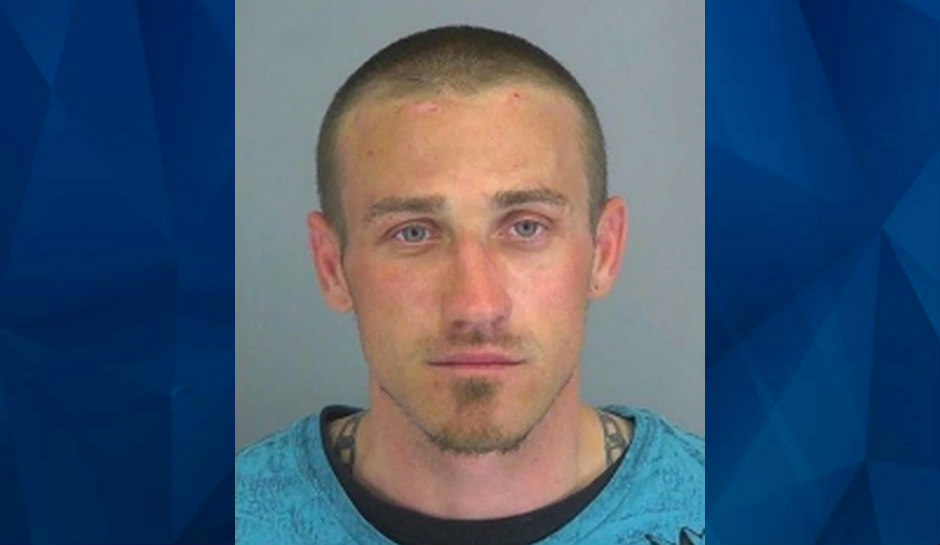 ‘Spree killer’ slashes victims to death, pours bleach on their bodies & says they are ‘number 7 and 8’: Police

‘I want to be a serial killer. I like killing.’

A South Carolina man wanted for the brutal stabbings of at least three people was captured early Tuesday morning after a manhunt in Florida.

According to Polk County Sheriff Grady Judd, a man in Winter Haven called authorities on October 14 and said he arrived home to find his roommates dead and the killer still in the home.

Police named the suspect as 35-year-old Stanley “Woo Woo” Mossburg. ABC Action News reports that the victim told police that Mossburg held him captive overnight and talked about his crimes while threatening to kill him. Mossburg stopped short after he said, “God told me not to.”

“I’m not going to kill you because God told me not to,” Mossburg reportedly said before fleeing the home.

Prior to the victim arriving home, Mossburg allegedly broke into the residence and told the two other victims he had “guns and knives and I’ll kill you if you resist me.”

A male victim resisted, according to Judd. Mossburg allegedly tied him up to a chair and “made him suffer” for resisting before stabbing him to death inside a master bedroom.

“Don’t look in the master bedroom, you won’t like what you see in there,” Mossburg reportedly told the female victim before killing her. He allegedly claimed he slashed her “quick” for being cooperative.

Prior to leaving, Mossburg loaded up the female victim’s car with items from the home. He then told the surviving victim to stay there, as he would be back, according to Judd.

Mossburg also told the surviving victim that his last two murders “were number seven and eight.” At this time, however, authorities have not verified the accuracy of the alleged statement.

“We have no way to verify that,” Judd added. “Only that Stanley Mossburg said the two he murdered in the Winter Haven area were number seven and eight.”

Sheriff Judd is briefing the media this morning with an update on the arrest of Tennessee fugitive and Winter Haven double homicide suspect Stanley "Woo Woo” Mossburg. Mossburg killed two people in Winter Haven on Sunday night. He was taken into custody early Tuesday morning by PCSO SWAT after being barricaded in a house off of Dundee Road on Monday night. Click here to read the news release: http://bit.ly/2ONApv9

Judd said Mossburg was also wanted in connection with a murder inside a laundromat in Greenville, Tennessee, on October 1. After he was placed on the Tennessee Bureau of Investigation’s Most Wanted list, Mossburg’s sister allegedly bought him a ticket to Orlando, where he embarked on a killing spree.

At around 2 a.m. on October 2, the victim’s wife sent a text message to her husband, wondering why he was not home yet. Mossburg allegedly replied to the text and insinuated her husband was out with another girl. The wife dialed 911, knowing that the text did not sound like something the victim would say. At 7 a.m., police found the victim’s body behind the laundromat.

Wow! Here’s a look at the home where @PolkCoSheriff SWAT and deputies arrested triple murder suspect Stanley Mossburg after barricading himself for hours. @WFLA pic.twitter.com/GKGPQvv7Qi

Authorities found Mossburg on early Tuesday morning, barricaded inside a Winter Haven home off of Avenue C. After a standoff, authorities spotted him hiding under a pool table inside the residence at took him into custody.

The victims’ names have not yet been released.