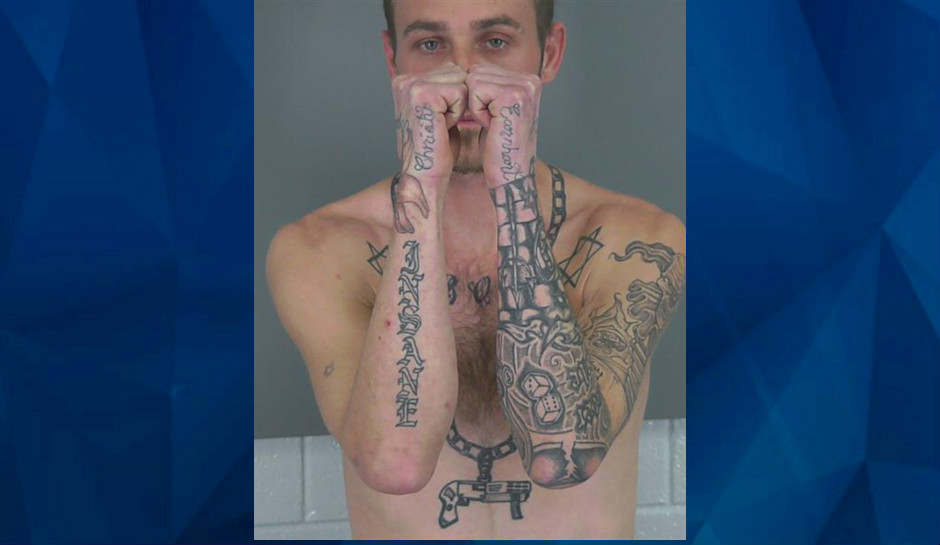 ‘God needed them,’ suspected killer says of victims: 3 dead in 2 states. ARE THERE MORE?

Florida police arrested a man early Tuesday wanted in two killings in Florida and a third in Tennessee — and he told a man he didn’t kill that his Florida victims were “number seven and eight.”

“We have no way to verify that,” Polk County Sheriff Grady Judd told ABC Action News. “Only that Stanley Mossburg said the two he murdered in the Winter Haven area were number seven and eight.”

Mossburg, 35, was arrested after an hours-long stand-0ff with deputies in which he reportedly fired at the deputies numerous times and fought with a K9 officer before being apprehended, according to a police statement.

WJHL reported that Mossburg spoke with reporters while being transferred to jail in Tuesday, telling them he was “a prophet, not a serial killer” and that he killed his victims because “God needed them” for a war.

“Y’all will see God and there’s going to be a angels and demons fight from God,” he said.

Polk County police said they responded to a call Monday night from a Winter Haven man who said he’d been held hostage overnight by a man who killed two his roommates and fled in a vehicle belonging to one of them. Deputies found the stolen vehicle as well as another vehicle Mossburg was known to have driven later parked nearby. As they began to search the home, Mossburg allegedly fired at them from the garage.

Police in Polk County have not named the victims.

Mossburg has also been charged with first degree murder in Greeneville, Tennessee, where he is suspected of killing Christopher Short as he did his laundry on October 1, WVLT reported. Polk County authorities say Mossburg stole Short’s vehicle and drove it to Florida.

The Tennessee Bureau of Investigation put Mossburg on the state’s most wanted list on Monday.