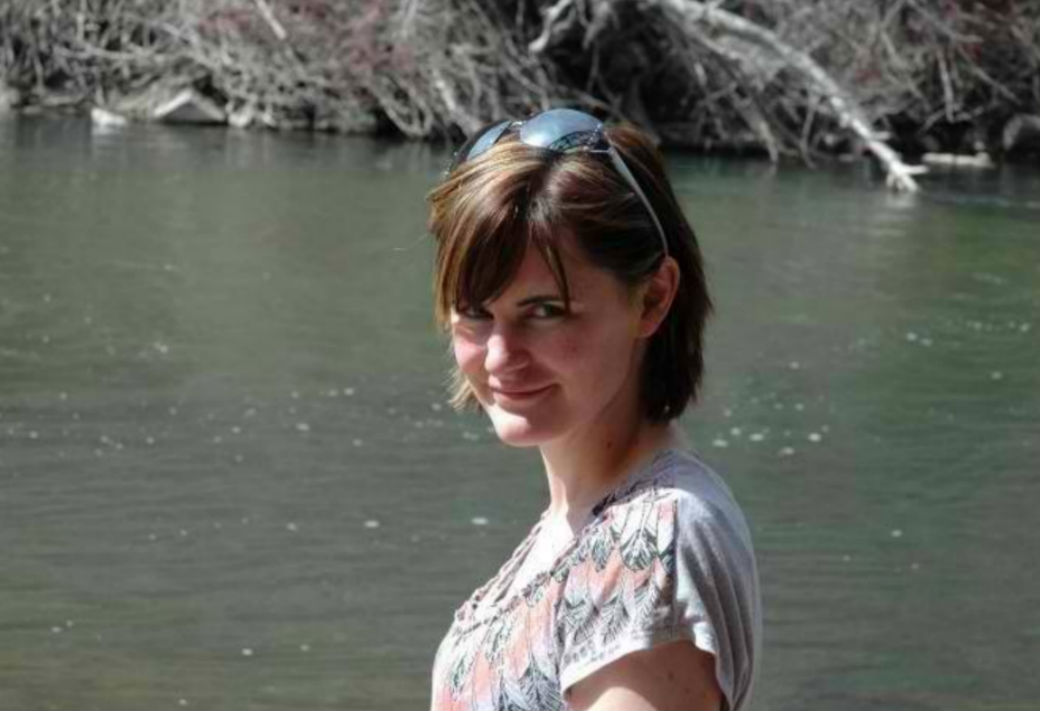 ‘She had just about cut off her head’: Husband of young mom with bleeding neck wound lets her drive, call 911 herself while he does nothing to help

When first responders arrived to find Tiffany Mead alive but bleeding profusely from her neck, they couldn’t believe she had cut her own throat so severely—before driving herself to a location where she had enough cell phone service to call 911.

As “48 Hours” reports, Mead told an emergency dispatcher on a summer night in July 2013 that she had tried to take her own life and was bleeding out inside her car, parked in Ogden, Utah.

“I tried to commit suicide,” Mead said. “Please help me.”

After the young mother of two sons was rushed to the hospital, medical staff believed she wouldn’t survive her severe injuries.

“She was critical when she came in,” Ogden Regional Hospital ER doctor Dr. Sheila Garvey said in an interview with “48 Hours.”

“She just about cut off her head…There was no way she could have done that to herself and not that deep.”

Those who evaluated Mead were right to question the cause of her injuries. As the “48 Hours” report notes, Mead quickly changed her story about the purported suicide attempt as soon as she had distanced herself from her husband Kristopher Ertmann, who had remained in the passenger seat while his wife drove from a remote location to a bus stop where she could call 911. The estranged couple’s 2-year-old son was in the back of the car.

Once the 911 dispatcher learned that Mead’s husband was in the passenger seat, the operator asked Mead to give the phone to Ertmann, who seemed unreasonably calm, and did not appear to have done anything to try and stop the bleeding.

Only after the operator suggested he try and stop the bleeding with a dry cloth did Ertmann give his wife a shirt to apply pressure to the neck wound.

Ogden Police Sgt. Bob Thompson told “48 Hours” that Mead denied her initial claim that she had tried to kill herself as soon as emergency responders separated her from her husband on the way to get her medical treatment.

Years later, Mead told “48 Hours” that Ertmann had become emotionally abusive after he returned from a deployment in Iraq, and that she eventually left with their two young sons in late 2012. On that night in July 2013, Mead had agreed to meet her estranged husband because he agreed to give her a child support check. He had reportedly suggested they meet in a remote park, and said she should come alone.

Shortly after she got out of her car, Mead told “48 Hours”that Ertmann came at her and pressed her against her vehicle.

“And he had one hand on my mouth. And he pulled something out of his pocket. …And he slit my throat. And as he’s slitting my throat, he says, ‘Shh, don’t scream. Stay calm.’  And I didn’t scream … And I told him I was getting dizzy. So he opened my car door for me so that I could sit.

Mead said she agreed to tell 911 whatever Ertmann wanted her to in order to get medical help.

Though investigators did not find the knife, and suspect Ertmann tossed it from the car, additional evidence suggested that Mead did not cut her own throat. Ertmann was arrested shortly after his wife was injured and charged with attempted murder, according to KSL.

Kristopher Ertmann was arrested for slitting his ex-wife’s throat, but soon began plotting something even more vicious while behind bars. #MurderForHire is all-new, Sunday at 7/6c on #Oxygen. pic.twitter.com/k4X1ShVOtI

According to charging documents obtained by KSL, Ertmann had talked to fellow inmates while he was awaiting trial about trying to find a hit man to kill Mead. When an undercover police officer posing as someone interested in the murder-for-hire position visited Ertmann in jail, the suspect reportedly asked him to kill his estranged wife.