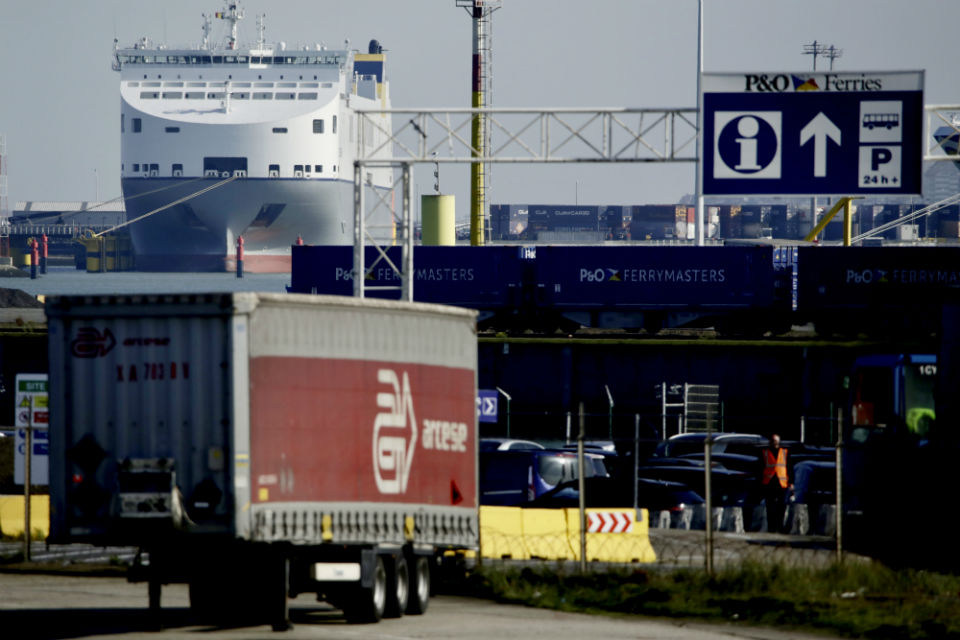 More information has emerged in the mysterious deaths of 39 people who were found dead in the trailer of a truck in Essex, England, earlier this week.

CNN reports that three additional suspects have been arrested as part of the homicide investigation, in addition to a man from Northern Ireland already in custody. The investigation began early Wednesday morning when emergency crews responded to the scene at an industrial park in Greys in the county of Essex to find 39 dead bodies in the trailer of a truck. The same day, the driver of the truck, a 25-year-old male from Northern Ireland, was arrested on suspicion of murder. Since then, the man’s friends and family have claimed in social media posts and in media interviews that he is not responsible for the deaths and did not know there were bodies in the trailer.

On Friday, Essex Police told CNN that a man and a woman, both 38, were arrested in northern England on suspicion of human trafficking and manslaughter. CNN now reports that a third suspect, a 48-year-old man from Northern Ireland, was taken into custody and is facing similar charges. The truck driver reportedly remains in custody.

As CrimeOnline previously reported, authorities said earlier this week that all 39 people found dead in the trailer were believed to be Chinese nationals. CNN reports that Vietnamese authorities have since been informed of the possibility that Vietnamese nationals were among the deceased. At a news conference on Friday, Pippa Mills, deputy chief constable from Essex Police, said “This is now a developing picture” in regards to the origin country of those found in the trailer. Police have not provided any further details.

According to the Mirror, a family from Hanoi, Vietnam, has shared text messages sent late Wednesday night by 26-year-old Pham Thi Tra My. The text messages, reportedly first obtained by Hoa Nghiem of Human Rights Space in Hanoi, were reportedly sent to Tra My’s mother at about 10:30 p.m. on Tuesday, hours before the bodies were discovered in the trailer.

"I am really, really sorry, Mum and Dad, my trip to a foreign land has failed. I am dying, I can't breathe."

Texts from Pham Thi Tra My, 26, to her family, have left them worried she is among the 39 people found dead in a lorry trailer in Essexhttps://t.co/db6Uy1Nzpl

“I’m sorry Mom, my path to abroad didn’t succeed,” Tra My wrote in the text messages, according to the Mirror. Multiple outlets translating from Vietnamese to English have published various translations of a similar message thread.

“Mom, I love you and Dad so much! I’m dying because I can’t breathe.”

Tra My’s brother Pham Ngoc Tuan told the BBC that his family has not heard from her since receiving those messages.

“My sister went missing on 23 October on the way from Vietnam to the UK and we couldn’t contact her. We are concerned she may be in that trailer,” Tuan told the news outlet.

“We are asking the British police to help investigate so that my sister can be returned to the family.”

Authorities have not confirmed the identities of any of the victims, and all 39 found dead will receive a thorough post-mortem examination, which could take weeks to complete.

Richard Burnett, the Chief Executive of the Road Haulage Association, told ABC News earlier this week that the trailer may have been refrigerated, meaning that the interior temperature could have been as low as -13 F.

[Feature image: A truck trailer is parked in a lot at the Port of Zeebrugge, in Zeebrugge, Belgium, Thursday, Oct. 24, 2019. British police raided two sites in Northern Ireland and questioned a truck driver as they investigate the deaths of 39 people found in a truck container that they believe came from Zeebrugge and was then found at an industrial park in southeastern England.(AP Photo/Olivier Matthys)]