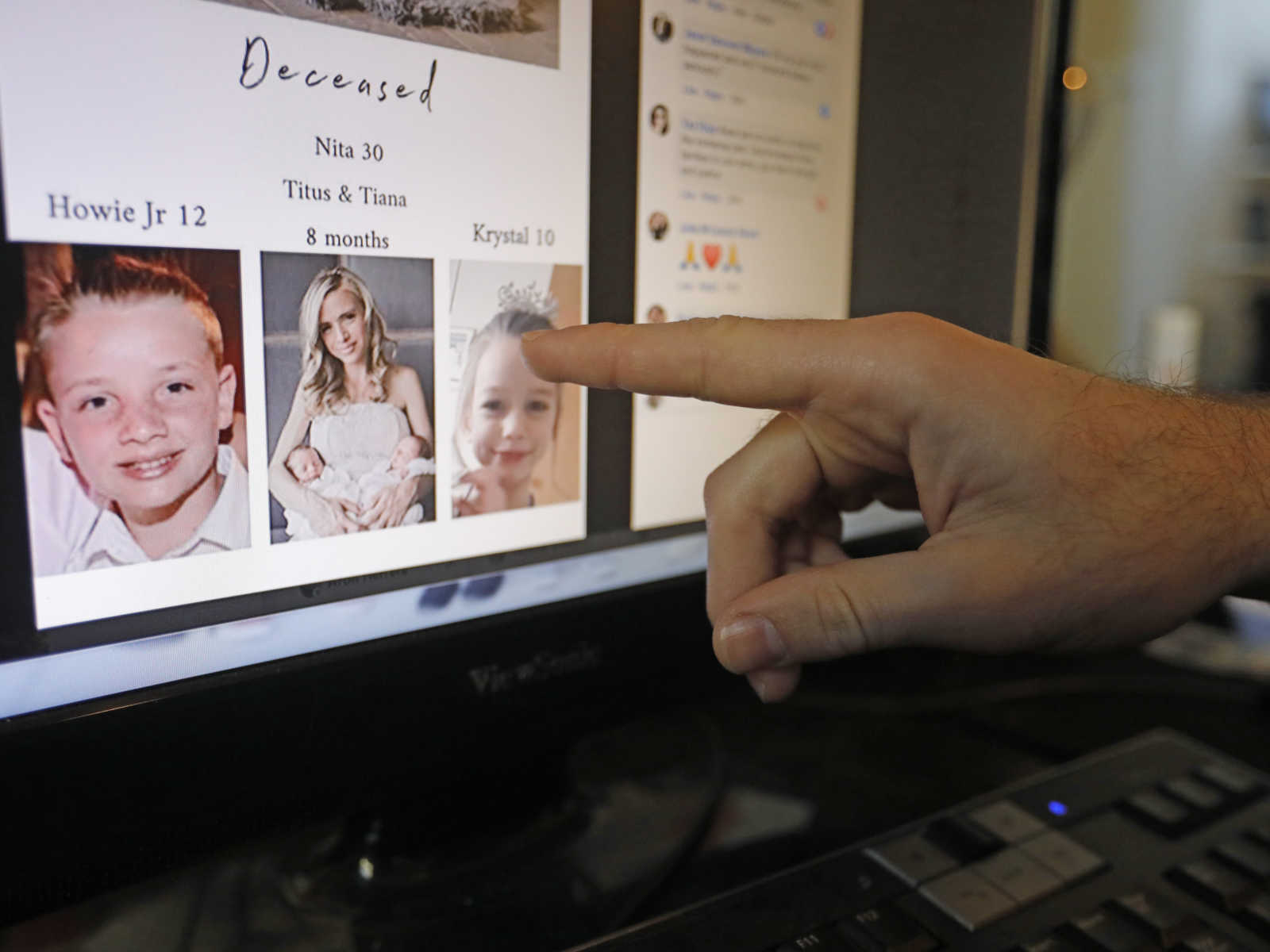 PICTURED: Victims of Mexico massacre that left 3 moms and 6 children dead, shot down execution-style while traveling to wedding

Nine people, including three mothers and six children, lost their lives Monday when they were shot execution-style while traveling to a wedding in Mexico.

As CrimeOnline previously reported, the victims were part of a faith group who lived in Sonora, an established faith-based city in Mexico, around 70 miles from Douglas, Arizona.  The attack happened while they were driving to a wedding in LeBaron, Mexico.

Reports indicate that one of the victims pulled over with a flat tire, and when family members in two other vehicles stopped to help, they were all attacked.

According to police, the suspects ambushed the group and opened fire close to Rancho La Mora, which lies on the border of Sonora and Chihuahua. When bullets hit the SUV and convoy the group had been traveling in, the vehicles burst into flames.

The victims were dual Mexican and U.S. citizens. They were trying to travel back to the U.S. when the attack happened.

One suspect, who has not yet been identified, was taken into custody on Tuesday.

According to the Agency for Criminal Investigation, authorities arrested the suspect in Agua Prieta, Mexico, which lies directly across the border from Douglas, Arizona. Two vehicles were also secured, including a stolen white 2019 Dodge Ram and a bullet-proof SUV.

The agency added that the suspect had guns and ammunition, including assault rifles. Two hostages, found tied up and gagged in one of the vehicles, were rescued.

Eight children survived the attack, including 13-year-old Devin Blake Langford. According to family member Kendra Miller, Devin was the son of Donna Langford, one of the victims who died during the shootings.

Devin quickly shielded six surviving children by hiding them in bushes and placing branches over them. The boy then walked around 14 miles to find help, while the children waited for his return. Devin found help in LaMora, while his sister McKenzie left for help he didn’t return in time.

In another vehicle, 30-year-old Rhonita Maria LeBaron and her children Howie, 12, Krystal, 10, and infant twins Titus and Tiana, were fatally shot before their vehicle caught on fire. A mother in a different vehicle, identified as Christina Langford Johnson, 31, was also shot and killed.

Police found Rhonita’s vehicle around 10 miles away from Christina and Dawna’s vehicles.

According to Miller, Devin’s uncles returned to the scene to help rescue the family. Gunshots in the area prevented them from getting too far. They waited for authorities to arrive, who eventually brought the surviving children to safety.

“Devin’s uncles armed themselves with guns and returned to try and find the hidden children, knowing many of them were injured. They didn’t get far before realizing they would be risking death, since there had been continual shooting for hours, all over the mountains near LaMora. The group of men waited a while for reinforcements, and around 7:30, found the hidden children.”

The Salt Lake Tribune reports that one child was shot down while trying to run away. Along 7-month-old Faith, another infant, 8-month-old Brixon Oliver Langford, survived the incident. Family members said Brixon was shot in the chest.

Family members reportedly said that cartel members kidnapped some of the surviving church members. One of the kidnapped victims’ family members received a call and heard a woman screaming while men spoke over her loudly.

Authorities have not yet identified the victims found tied up in the suspect’s vehicle.

Why Did It Happen?

It’s still unclear why the attack happened, but authorities indicated that cartel members could have been involved. It’s still unknown whether or not the shootings were a case of mistaken identity, but the family has had previous fatal run-ins with Mexican cartel members.

According to Reuters, the victims were a part of the LeBaron family, a group that broke away from the Mormon community during the 1920s and moved to the state of Chihuahua, in Northern Mexico. They eventually settled in the plains and hills of the area, which became known as Colonia LeBaron or LeBaron, named after the faith group’s founder, Alma Dayer LeBaron.

The Seattle Times reports that in 2009, the LeBaron community had been intertwined in a “dust devil of violence” after Mexico’s drug cartels targeted them. The outlet reports that one of the reasons the cartels zeroed in on the community had to do with the family’s supposed wealth.

During the same year, a leader of the colony and a vocal anti-violence activist, Benjamin LeBaron, 31, was taken from his home at gunpoint after he refused to pay $1 million for his teen brother, 17-year-old Erick LeBaron, who had been kidnapped and held at ransom.

The armed men allegedly threatened to rape Benjamin LeBaron’s wife in front of their children unless someone showed them where LeBaron kept his weapons arsenal.

“But he didn’t have any, because I promise you, if he did, he would have used them to protect his family,” Julian LeBaron said.

Within an hour, the kidnappers beat Benjamin LeBaron and shot him dead. LeBaron’s brother-in-law, Luis Widmar, was also taken at gunpoint after trying to help Benjamin. He, too, was shot and killed.

Afterward, the killers freed Erick LeBaron, possibly due to the large public outcry. Yet, they posted an ominous sign directed LeBaron family following Benjamin’s death, blaming them for the capture of 25 of the Sinaloa drug cartel members.

“This is for the leaders of LeBaron who didn’t believe and who still don’t believe.”

Authorities later said Jose Rodolfo Escajeda, “a lieutenant” in the of the Juarez cartel, was presumably responsible for Benjamin LeBaron and Luis Widmar’s deaths.

A year later, in 2010, two people of the Mormon community in Chihuahua, including a member from the LeBaron family, died during an apparent revenge attack after authorities tracked down Mexican gang members.

Sen. Mitt Romney offered his sympathy and condolences when he heard about the tragedy.

“Ann and I are heartbroken for the victims of the horrific attacks in Mexico,” Romney wrote. “Our prayers are with their families who have suffered such an unspeakable tragedy. The U.S. must work with Mexican officials to hold accountable those responsible for this senseless violence.”

President Trump took to Twitter and wrote that it’s time to “wage war” on the drug cartels.

“This is the time for Mexico, with the help of the United States, to wage WAR on the drug cartels and wipe them off the face of the earth. We merely await a call from your great new president! The cartels have become so large and powerful that you sometimes need an army to defeat an army!”

Claudia Pavlovich Arellano, the governor of the state of Sonora, vowed to help catch the “monsters” responsible for the attack.

The family members were Mormons, but part of a polygamous spin-off of the Church of Jesus Christ of Latter-day Saints.