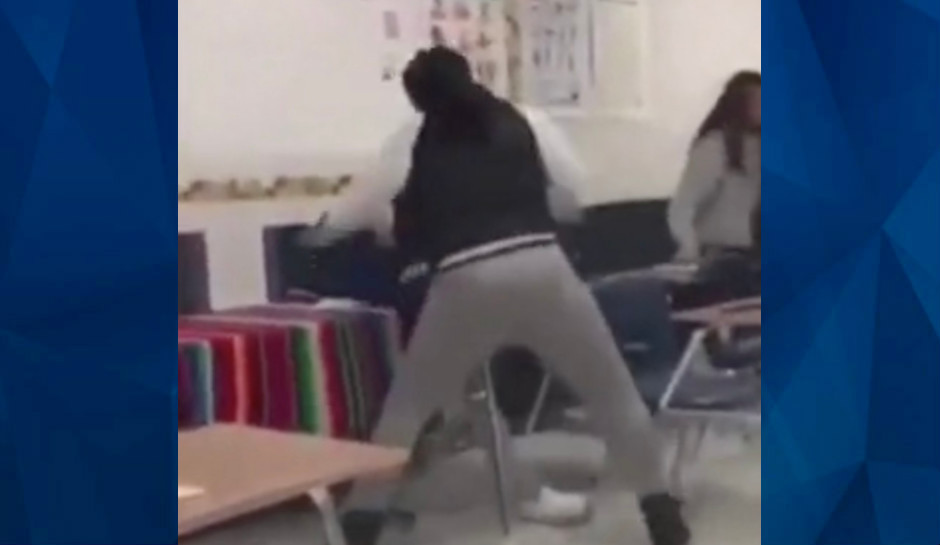 A Texas high school substitute teacher was fired and arrested this week after videos showed her punching a teenaged student and stomping her head, KXAN reported.

Tiffani Shadell Lankford, 32, was charged with aggravated assault. She had been a substitute at Lehman High School in Kyle beginning in August; Friday was her 18th posting, the Hays Consolidated School District said, according to KVUE.

The student’s family said that their daughter has seizures and is considered a special needs student, KVUE said. An attorney for the family, Paul Batrice, said she is being treated for severe injuries. The Hays County Sheriff’s Department said she was 15, but the school district said she was 16.

The incident took place in a foreign language class, CBS Austin reported. A student in the class told KVUE that Lankford became agitated when students were laughing as she was passing out papers.

“The student said ‘shut up’ back. She said, ‘No, you shut up,’ and the teacher got in the student’s face and put her hand on her chest and her other hand on her arm,” the 10th grader said. “The student swung, because she was in her face and pressing her. The teacher put down her glasses – she swung like three times, pulled her to the ground and stomped on her head.”

As a family, we share both the good news and bad news together. Today, I have to tell you about an incident that is disconcerting.

This afternoon, we fired one of our guest teachers for hitting and fighting with a student. Under no circumstance is that behavior tolerated at Lehman High School or in Hays CISD. Additionally, the former employee was arrested by the Hays County Sheriff’s Office and faces potential criminal charges. Her actions will also be reported to the Texas Education Agency.

We take the safety and security of our students seriously. We took swift action when this incident occurred and will do everything necessary to protect our students.

At least two students recorded videos that were passed around via social media.