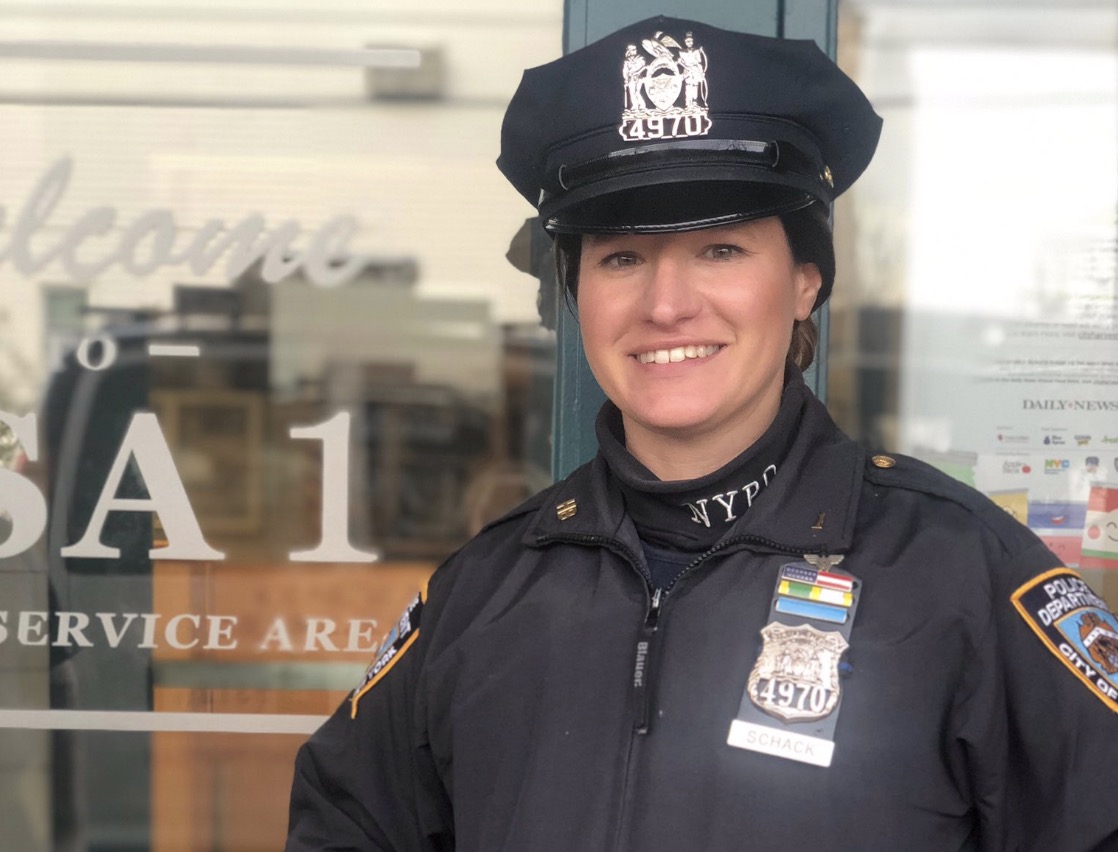 A quick-thinking New York City cop joined forces with a gun shop owner in the Poconos on Friday to stop a suicidal mom from taking her own life and that of her six-month-old baby, the New York Police Department said.

Officer Michelle Schack and her partner Officer Gulrej Nandha took the call when a frightened Brooklyn family reported receiving disturbing text messages from a 27-year-old member of the family with a young daughter, the New York Post reported.

“Can’t go on like this anymore,” one of the messages said. Another said she planned to buy a gun and kill herself and the baby, police said.

Schack told reporters that they traced the woman’s cell phone and found it going over the Verrazano-Narrows Bridge, and the woman’s mother, Latika Thorpe, told her that was the route to the family’s home in the Poconos. A desperate Thorpe mentioned how easy it is to buy a gun in Pennsylvania, and Shack’s mind clicked into gear.

“That’s when I just started quick thinking, ‘Let’s call gun shops. That’s most likely where she was heading to,” she said.

Thorpe couldn’t recall if there were any gun shops on the route, so Shack went to Google and started calling. Within a couple minutes of calling the Pocono Mountain Firearms in Scotrun, Pennsylvania, the owner called her back and said “They’re here,” Schack said.

Michael Conforti, owner of the shop, told the Post he thought the call was a prank, and still wasn’t certain when a woman with a baby matching the description from Schack’s walked in the door moments later. But he decided to err on the side of caution and called 911 while his employees kept the “sad” and “aloof” looking woman busy with paperwork for the gun she wanted to buy.

Pocono Mountain Regional Police arrived quickly and delivered both mom and child to a hospital. The baby has since been brought back to family, CBS New York reported.