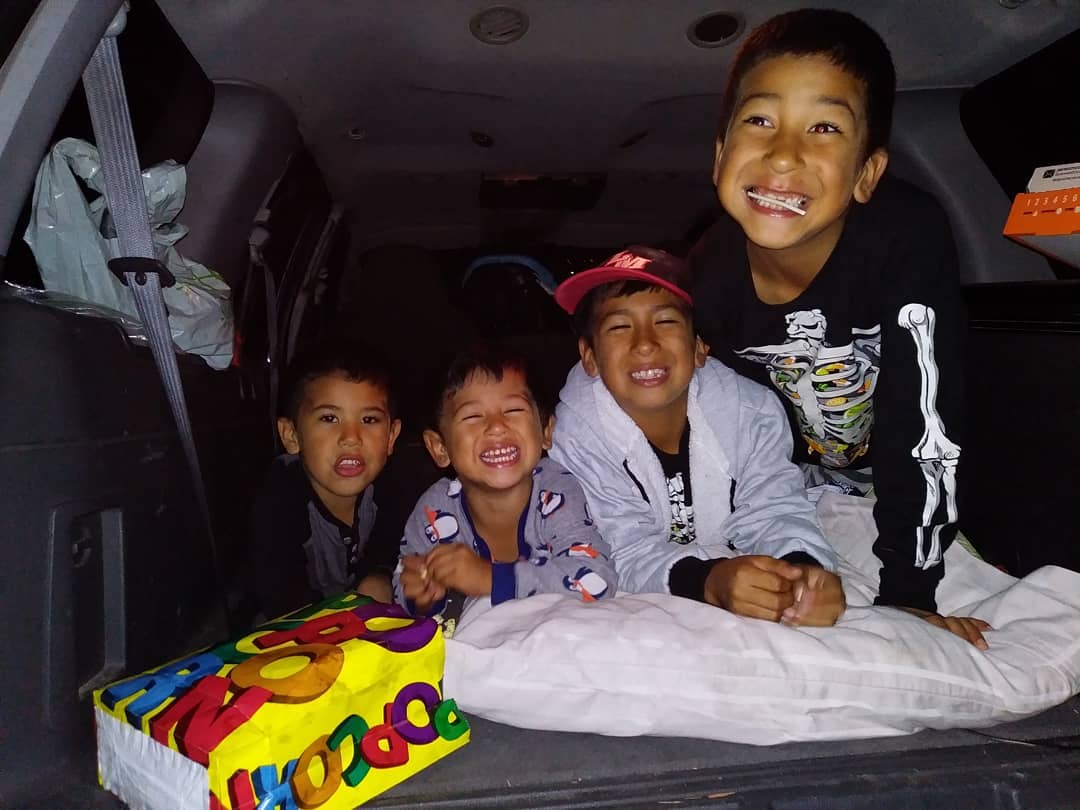 A 31-year-old San Diego father shot and killed his estranged wife and three of their children on Saturday and left a fourth son wounded and fighting for his life.

Jose Valdivia shot himself in the head after firing on Sabrina Rosario, 29; and young boys Zeth, 11; Ezequiel, 9; Zuriel, 5; and Enzi, 3. Valdivia, Rosario, and Enzi were pronounced dead on the scene, while the other three boys were rushed to a nearby hospital, where Zeth and Zuriel died of their wounds. Ezequiel was in critical condition on Saturday night after surgery, NBC 7 reported. Rosario’s brother, Karl Albright said on a GoFundMe set up for burial and medical expenses that the boy was intensive care on life support.

Jocelyn Rosario told NBC 7 that her sister Sabrina and Valdivia had been high school sweethearts and that Sabrina had filed for divorce. Valdivia, she said, opposed the divorce and began stalking her, once sending photos of alcohol and a gun and telling her he had suicidal thoughts.

The shooting took place in the home where the Rosarios grew up, less than 24 hours after Sabrina Rosario had obtained a restraining order against Valdivia. San Diego Police Lt Matt Dobbs said that he didn’t know if the order had been served before the early morning incident but that detectives believed he was at least aware of it.

Dobbs also said that police had responded to the home earlier this month over a man and a woman arguing over tools. He said the man left after the arrival of the officers, who gave the woman information about how to file for a restraining order.

“It’s still very early in the investigation but it appears to be a tragic case of domestic violence, murder-suicide,” Dobbs told NBC 7 on Saturday. “We believe the male came over this morning, there was some kind of argument or disagreement and he used a hand gun and shot his family before turning the gun upon himself.”

Earlier, Dobbs said that a 911 call came in shortly before 7 a.m. from a “granny flat” attached to a main residence in Paradise Hills. No one spoke to the dispatcher, who could hear arguing in the background and someone being asked to leave, he said. A second call came in as officers were on their way to the location, this one from a relative who lived in the main house and who reported arguing and what sounded like a nail gun, according to the San Diego Union-Tribune.

Authorities have not officially released the family’s names; members of the family identified them to NBC 7.

The tragedy today in Paradise Hills is terribly sad. All of San Diego mourns for the family and the surrounding neighborhood. This senseless act of violence goes against everything our community stands for and we will get through this together.

Monica Montgomery, the city councilwoman who represents the district where the shooting took place, said it was an “unfathomable tragedy.”

“As this story makes national headlines, we all grapple with the horror of the loss of these precious lives,” she said in a statement, according to the Union-Tribune.