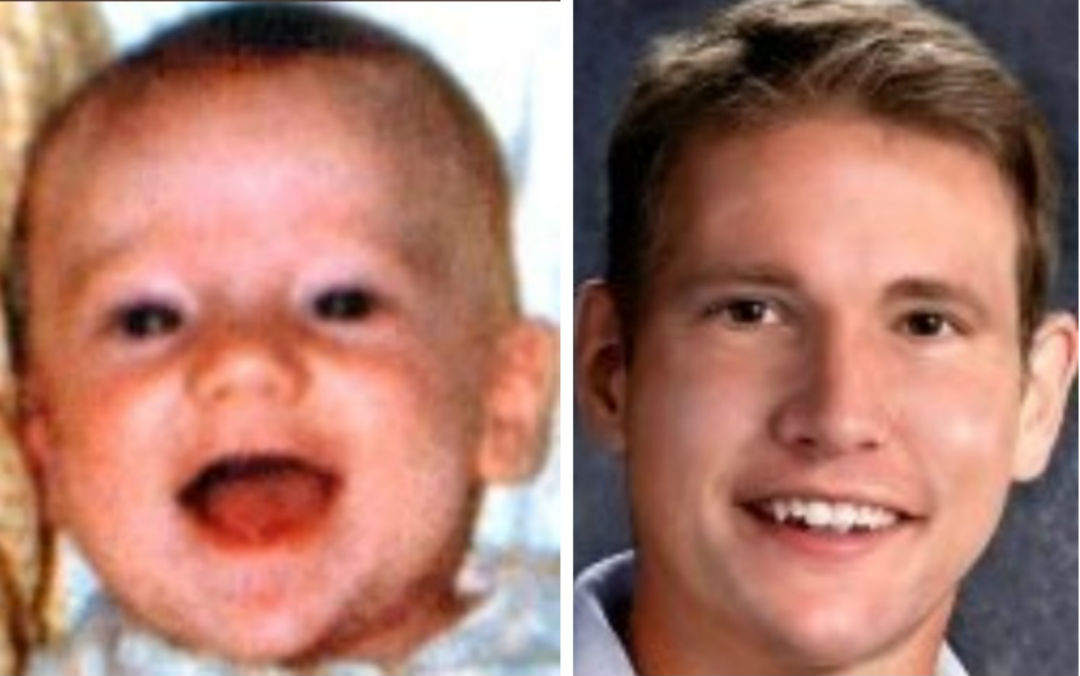 The family of a baby boy snatched from his crib over 30 years ago believes he is still alive, and have not given up hope that will one day be reunited with him.

As People magazine reports, Matthew Crocker vanished on June 9, 1983, when a woman who had befriended his mother is believed to have taken him from his crib, where he was sleeping next to his sister Elizabeth at their home in Van Buren, Arkansas.

Now 38, Elizabeth Christensen told People that she still desperately wants to find her brother, and believes he is still alive.

“We want to find him so bad…Even though he didn’t get to be a part of our family, hopefully he was loved and had a normal, happy life,” Elizabeth said.

“I just feel that he is alive, and I feel like we will find him.”

Authorities have found few leads in his disappearance, though they appear to believe he was taken by a woman who called herself Kathy Johnson, and was reportedly a carnival worker. The woman had befriended Matthew’s mother, who was reportedly raising four children on her own, and was living in their home when Matthew vanished. Karen disappeared along with the baby.

Matthew Wade Crocker was abducted from his home in Van Buren, Arkansas on 6/9/83 by a rodeo worker named Kathy Johnson. A friend introduced her to his mother. His father was in jail & she needed help with child care . There was a party at her house on 6/9; when she woke up in the pic.twitter.com/O9r63AduRL

The day after the apparent kidnapping, police found a 1973 Chevrolet Vega Karen had stolen at a rest stop near Sallisaw, Oklahoma, a Van Buren police spokesperson confirmed to People. But authorities never apprehended the woman, and do not appear to have any solid leads on where Matthew has been for the last three decades.

Bob Lowery with the National Center for Missing and Exploited Children told KFSM-TV he believes it is possible the kidnapping suspect took Matthew to raise as her son.

“Typically women are the abductors, which is what we expect in this case, and the children are taken so that woman can rear that child and raise that child as their own,” Lowery said in 2015.

According to that report, police believed that both Karen and Matthew may have been using different names.

“I just wonder, what’s he like?” Elizabeth told People.

“I don’t know if he has kids, and do they look like mine? And do I look like him? Do we have similar personality traits? …. I wonder so many things.”

Anyone with any information is urged to call the Van Buren Police Department or 1-800-THE-LOST.

[Feature image: Matthew Crocker as a baby and in an age-advanced composite/National Center for Missing and Exploited Children]