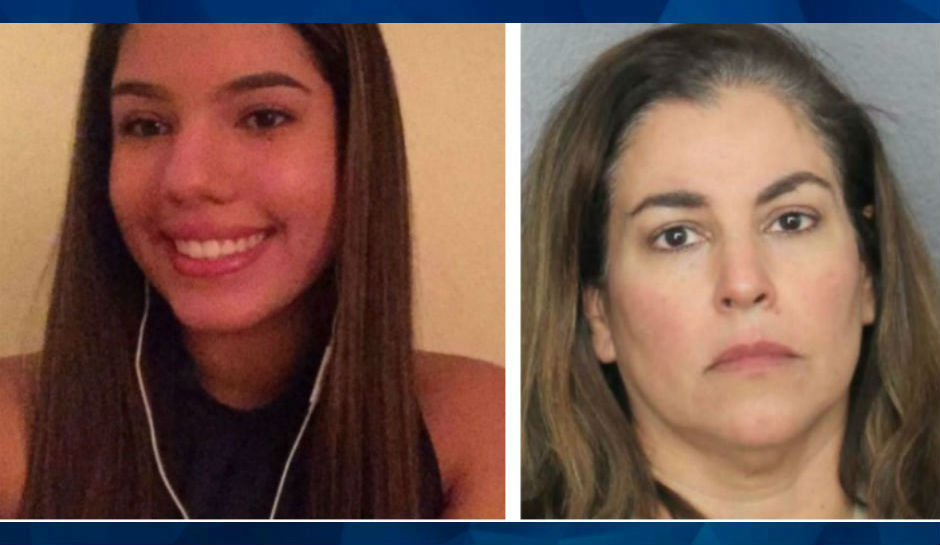 A Florida woman suspected of murdering her younger gym-mate initially tried to claim that a dead body had simply appeared in her driveway.

CBS Miami reports that Yvonne Serrano, 51, is facing multiple charges in connection to the death of 21-year-old Daniela Tabares.

The Sun Sentinel obtained a recording of a 911 call Serrano made on Saturday morning, in which she tells the dispatcher that she happened to come across a vehicle with a dead body inside it in her Coral Springs driveway.

LISTEN TO THE 911 CALL HERE

“I don’t know, I just walked out and there is a car in my driveway with a dead body,” Serrano said on the phone.

UPDATE – Police have arrested and charged Yvonne Serrano with second-degree murder in the fatal shooting of a younger woman in Coral Springs. Detectives said she was the one who had called 911 to report a dead woman in her driveway. https://t.co/bfCrzSNmE4

The suspect does not sound distressed in the 911 recording, and the dispatcher questions her multiple times, appearing to be incredulous about what the woman is saying. The dispatcher also asks Serrano repeatedly if she knows the person in the car, and Serrano dodges the question, at one point indicating that she can’t get a clear sense of who it is because of blood on the body.

According to the report, Serrano and Tabares were both members of the Coral Springs gym Fit Bodies Forever — Training for Warriors, and had gone out to a movie with other members Friday night before heading to a bar, where the pair was captured on surveillance video drinking and laughing until about 1:30 a.m. Saturday.

It is unclear what led to the murder. Citing police sources, the Sun Sentinel reports that the Nissan car found in Serrano’s driveway belonged to Tabares, who was found shot to death. The suspect reportedly woke up in the vehicle on Saturday, and said she had no recollection of coming home from the bar on Friday, though she admitted to bringing a pistol with her.

Police reportedly found the bloodstained pistol inside Serrano’s home, along with a 9 mm shell casing on the passenger side of the victim’s car. Serrano, who apparently had blood on her clothes, allegedly washed the white tank top she had been wearing and erased the footage of her Ring doorbell camera from her phone.

According to CBS Miami, Tabares’ body was half-in, half-out of the vehicle. She was reportedly very well-liked by fellow gym members, who also said that Serrano had not exhibited concerning behavior in the past, according to the Sun Sentinel.

Authorities are still working to piece together what led to the fatal shooting.

Serrano has reportedly been charged tampering with evidence and second-degree murder. The CBS Miami report indicates that she may be released on bail, but it is not clear at this time if she is in custody.