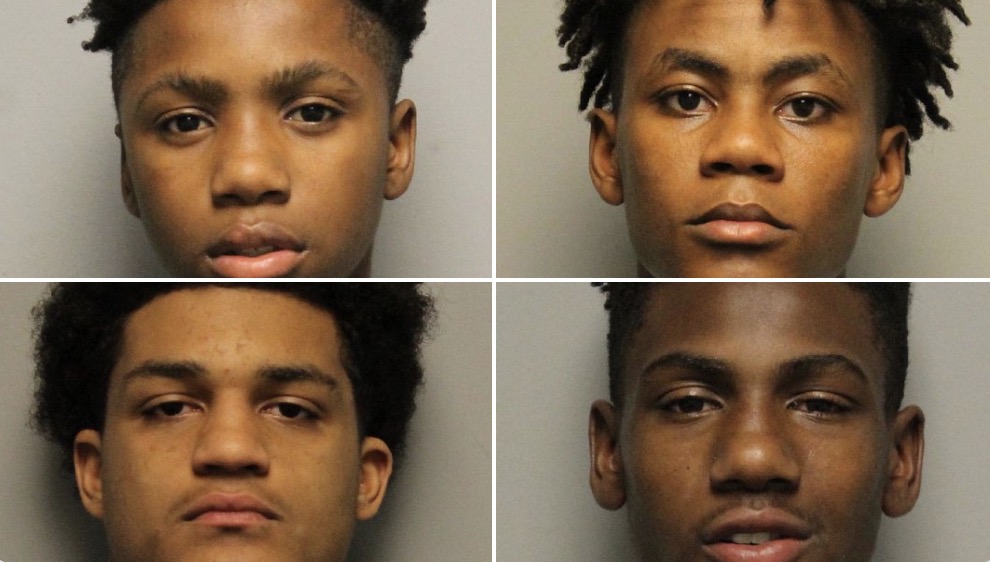 Nashville police are looking for four teens who escaped the Juvenile Detention Center downtown Saturday and fled into the night. Two of the teens have been charged with murder, and all four are considered dangerous.

Accused murderers Decorrius Wright, 16, and Morris Marsh, 17, and Brandon Caruthers, 17, and Calvin Howse, 15, slipped away while on a work detail when their staff supervisor left them to handle a fight elsewhere in the center.

Police said they got on an elevator shortly before 10 p.m. and used staff protocols to access its controls, rode to the ground floor, and exited the building. They were last seen running on South 2nd Street toward Jefferson Street.

According to The Tennesseean, Wright is one of five teens accused of killing 24-year-old rock musician Kyle Yorlets of the band Carverton on February 7, as previously reported by CrimeOnline. Police said Marsh allegedly killed Charles Easley, 19, on April 8. Caruthers is facing armed robbery charges in adult court for an August 2018 incident, and Howse’s latest arrest took place on November 21 on charges of auto theft and possession of a firearm.

After further review of the Clarksville market video from multiple angles by an MNPD Juv Crime Task Force officer in Clarksville it has just been determined that the persons in the video are not the escaped teens. The investigation is continuing in Davidson County.

The department said about 35 minutes elapsed before the detention center notified them of the teens’ escape.

Police asked that anyone seeing them to immediately contact the Emergency Communications Center at 615-862-8600.