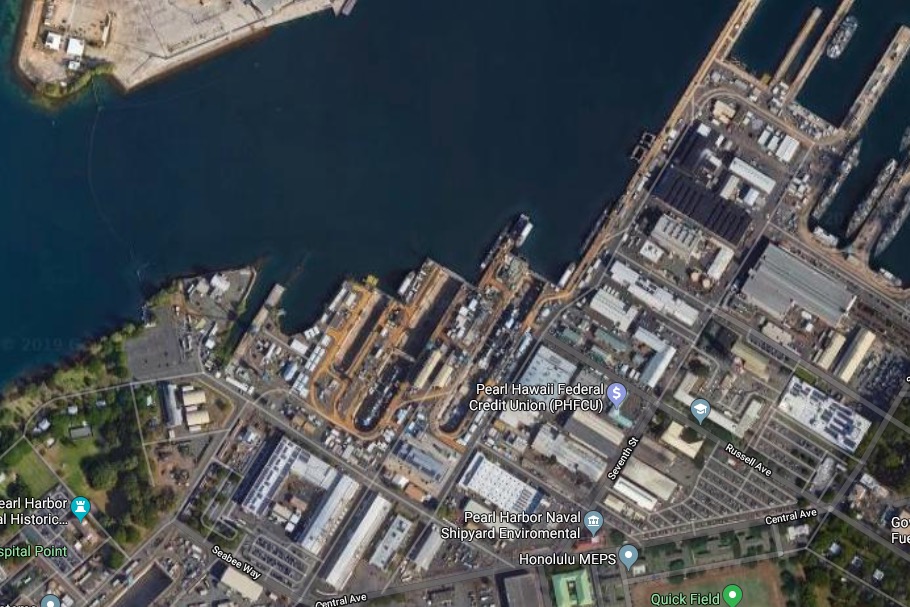 At least three people were wounded Wednesday, two critically, in a shooting on Joint Base Pearl Harbor-Hickam in Honolulu, Hawaii.

Hawaii News Now reported the shooting took place near Dry Dock 2 at the Pearl Harbor Naval Shipyard. A spokesman told the outlet the situation was “contained” while a witness reported seeing the gunman shoot himself.

“I kind of recognize that as gunshots,” said the witness, who said he was at his desk. “I looked out in time to see the shooter, who I assume was a sailor because he was in uniform … shoot himself.”

Chuck Anthony, spokesman for Joint Base Pearl Harbor-Hickam, told the Honolulu Star-Advertiser that there is “quite a bit of information. Some of it is not confirmed. Some of it is conflicting.” He said a statement was forthcoming.

The Star-Advertiser said emergency responders were called at about 2:30 p.m. An hour later, sources at the base said the situation was over but the base was still on lockdown.

Two schools on the base and a third off base were locked down, the newspaper said. At least one gate reopened at about 4 p.m.

JBPHH security forces have responded to a reported shooting at the Pearl Harbor Naval Shipyard. The incident occurred at approximately 2:30 p.m. Due to the ongoing security incident, access/gates to #JBPHH are closed. We will update when we have further information. pic.twitter.com/6uZulGOUTx

Additionally, sources at the base told Hawaii News Now that the victims were civilians. The outlet said they were taken to three separate hospitals, Tripler Army Medical Center, Pali Momi Medical Center, and the Queen’s Medical Center.

This is a developing story that will be updated as more information becomes available.