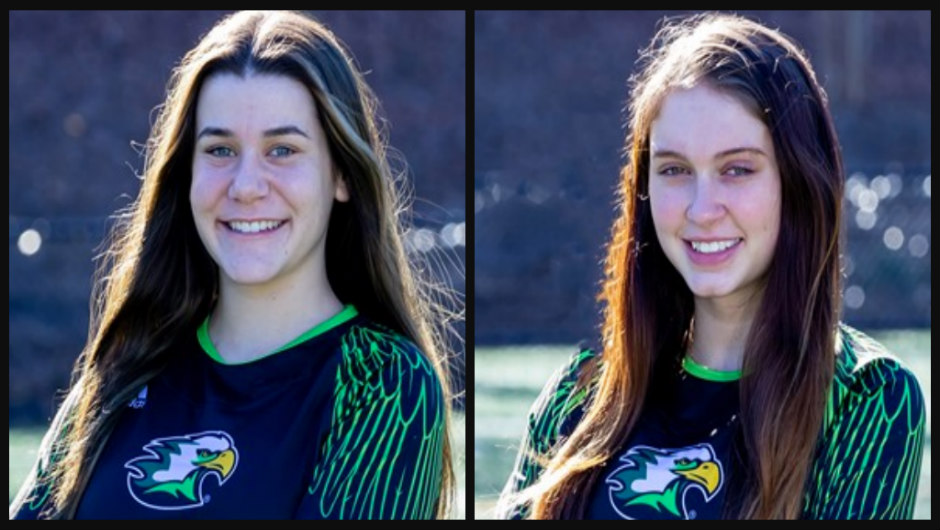 ‘So sexy that the boys were like beating people up’: NO bail for college Lacrosse girls after robbery leaves victim with head bashed open

Two Life University college students in Georgia will remain behind bars without bail after allegedly helping two men rob an Atlanta Airbnb home. Atlanta Journal-Constitution reports that 19-year-old Lyndsey Kallish, and Lauren Rielly, 20, will remain at the Fulton County jail while facing numerous charges. The suspects are accused of driving two men to an …

Atlanta Journal-Constitution reports that 19-year-old Lyndsey Kallish, and Lauren Rielly, 20, will remain at the Fulton County jail while facing numerous charges. The suspects are accused of driving two men to an Airbnb home in the Reynoldstown area of Atlanta last month, with the intent to rob the people inside.

Although the women didn’t go inside the home, they allegedly served as a lookout for two male suspects, including Maxx Pritchett, 23, and an unnamed suspect, who’s on the run.

“You are as dangerous to the community as the two guys who went into the house because you could have stopped it and didn’t,” Judge Todd Ashley told Kallish and Rielly during a Monday court hearing.

Atlanta police Investigator Carlos Maldonado said that police determined the two women were involved after they saw Rielly’s car on security footage on the night in question. Maldonado said the women were offered payment to drive the men to the home.

The male suspects allegedly pistol-whipped several people inside the home. They then ransacked the home and stole Nike shoes, wallets, and cellphones, according to police.

Maldonado also testified that authorities found incriminating text messages between Kallish and Rielly, which further tied them to the crime.

“Why was it so sexy that the boys were like beating people up?” Rielly allegedly texted. “Like it just really turned me on.”

“Me too,” Kallish reportedly responded.

Kallish is also accused of sending a text message stating she wanted to have sex with one of the men after they left a victim in a pool of blood. The victim, identified as 23-year-old Vik Gattani, told ABC’s Action News that one of the suspects busted his head open.

“He hit me on the head and busted my head open. I didn’t want to get back up because I was so scared. I felt like if I moved, I was instantly going to get shot or die.”

The male suspects broke the other victim’s nose and a third victim was hit numerous times, according to court testimony.

Gattani said he had just started a new job the day he was attacked. Since he was still on a probationary period, the company let him go when he couldn’t return to work.

Maldonado testified that the male suspects began planning the robbery while they were at a party with Kallish and Rielly at rapper Yung Bans’ Midtown apartment.

After they arrived at the Airbnb home, according to Maldonado, the women and Bans exchanged text messages. The women reportedly told Bans that they had arrived at the home and that they planned to look out as the males went inside.

Later, the women texted Bans again, asking where their cut of the money was, according to authorities.